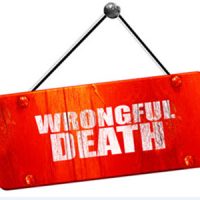 A wrongful death lawsuit filed against a former lacrosse player is moving to trial a decade after the man was convicted of second-degree murder. The lacrosse player was accused of murdering his girlfriend by slamming her head into a wall. Those familiar with the couple said they had a tumultuous relationship that culminated in a fatal assault. The man was convicted of second-degree murder and sentenced to 23 years behind bars. He is scheduled for release in 2030.

The wrongful death lawsuit seeks over $30 million in damages. During an interview with police shortly after the murder, the defendant admitted he was drunk and should have stayed away from the apartment. He appeared in shock when he learned that his ex-girlfriend was dead.

Wrongful death lawsuits generally include allegations of negligence. However, it is perfectly reasonable to file a wrongful death lawsuit in a murder case. In this case, the family filed suit after the defendant was convicted in criminal court. That will make it much easier for the plaintiffs to pursue damages. Since the defendant was convicted under a higher standard of proof, the only thing left to determine is damages awarded to the plaintiffs.

In a case like this, a money judgment is entered against the defendant. Unlike other sorts of personal injury judgments, a wrongful death based on a murder conviction cannot be discharged in bankruptcy. So, the judgment would remain in effect for the duration of the defendant’s life or until he paid the balance in full.

While this helps plaintiffs achieve justice, it often does not result in much monetary compensation. Even in cases where a defendant can pay, like OJ Simpson, the families often end up fighting for their money, petitioning the courts to enforce the judgment, while the defendant hides his money in anonymous trusts, offshore accounts, and other legal vehicles. Additionally, certain types of money are not eligible to be garnished. In cases where a defendant is living off of public assistance or pensions, it may be difficult to get the money. This can be true even in cases where lawyers are highly motivated such as the OJ Simpson case.

Essentially, the plaintiff becomes the equivalent of a creditor whereas the defendant becomes a debtor. A judgment is entered against the debtor and the judgment-holder can place a lien on their property, seize assets, or garnish wages. In reality, defendants make it very difficult for plaintiffs to collect that money unless there is an insurance policy or they are a company that could face substantial legal consequences for failing to repay a debt. So, it ends up being a mixed bag for plaintiffs even if they win their lawsuit.

By Payer Law | Posted on May 6, 2022
We Handle All Types Of Personal Injury Cases