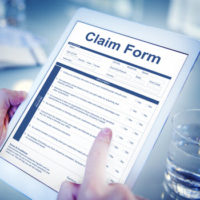 Thanks in part to two contentious legal matters previously decided in Florida courts, Q1 of 2019 may start with a 13.4% decrease in employer responsibility toward workers’ compensation contributions should legislation pass.

The National Council on Compensation Insurance filed paperwork with Florida regulators that would lower employer responsibility while preserving worker benefits.

This news adds to the lengthy history of workers’ compensation issues in Florida, many of which began during Gov. Jeb Bush’s 2003 overhaul of the system designed to aid workers while recovering from workplace injuries.

The Cases Contributing to Proposed Changes

Two cases may ultimately determine whether the proposed changes make it onto the Senate floor.

In Castellanos v. Next Door Company, the Florida Supreme Court was asked to review the constitutionality of the mandatory fee schedule in section 440.34, Florida Statutes (2009), which abolishes the obligation to give successful claimants reasonable attorney’s fees. After hearing arguments, the higher court ruled that capping attorney’s fees was unconstitutional.

The second case, Westphal v. City of St. Petersburg, brought the 104-week maximum period one may receive workers’ compensation benefits under scrutiny. Upon reading appeals from both sides, the Supreme Court ruled that imposing a maximum benefit period was unconstitutional as it creates an unfair system of redress that is no longer a viable alternative to tort litigation.

The Castellanos decision was the driving force behind a 14.5% hike approved by insurance regulators back in 2016. Yet in the NCCI’s recent filing, the subject is policy year 2015-2016, which means the same decision that imposed a rate hike could effectively lower it.

Statistics Show Everyone Will Win

Persons injured at work need not worry about losing 13.5% of their income. A legislative process must run its course, if the proposal isn’t squashed beforehand. Should the proposal pass, current benefits would still be preserved, although employers’ responsibilities would decrease. Because fewer claims are being submitted today, a decrease in employer responsibility is merited.

If you’re one of the 100,000-plus applicants for workers’ compensation benefits each year in Florida, it’s still imperative you follow DWC protocol to avoid delays or denials regardless how this court decision plays out.

Chapter 440 of Florida Statutes provides rules and oversight for DWC’s application and eligibility process. Persons injured at work have up to two years from the date of their injury to petition the Division of Administrative Hearings for benefits.

Flustered by the Application Process? Contact Us Today for Help

Because the process is lengthy, frustrating and sometimes unfruitful for injured workers, many flustered workers turn their claims handling over to workers’ compensation attorneys with working knowledge of DWC’s often rigorous application and appeals processes.

Educate yourself on what responsibilities employers, and workers, have in the event an injury disrupts work for an extended period. And, if you’re filing a claim for the first time, know the benefits you’re entitled to will be given if and when any covered incident happens at work.

For a frustration-free review of your workers’ compensation claim in Miami, contact Payer & Associates in Miami at 305-854-4442. We are eager to help you today.

By Payer Law | Posted on October 5, 2018
We Handle All Types Of Personal Injury Cases