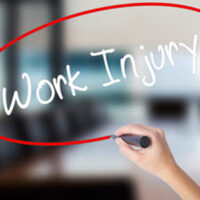 Unfortunately, a workplace injury can happen to anyone at any time. While many of these injuries result from the negligence of an employer or coworker, some of them also result from the actions of the worker who is injured. Fortunately, in many cases that will not stop an injured worker from being eligible for the benefits of workers’ compensation in the state of Florida.

However, there are exceptions to every rule and one in this case applies to circumstances involving worker misconduct and temporary partial disability benefits (TPD).

Generally speaking, an employer and its insurance company should pay an injured worker TPD benefits any time the injury-related restrictions result in earning less than 80 percent of the worker’s average weekly wage.

What is Worker Misconduct?

Unfortunately, proven assertions of worker misconduct can have a substantial and costly impact in a workers’ compensation case. Importantly, all careless behavior on the part of a worker does not constitute misconduct. Additionally, the good thing about the workers’ compensation statute in the Sunshine State is that it does not require fault to be proven against anyone, including an injured worker. However, misconduct can still be a bar to recovering benefits whenever it is demonstrated that the worker displayed:

What Recent Case Addressed an Example of Worker Misconduct and TPD?

In Hauser v. Goodwill, an injured worker appealed a denial of her TPD benefits. In the order in that case, the JCC had found that Goodwill justifiably terminated the injured worker’s employment for misconduct as defined by statute and, as a consequence, determined that she was ineligible for TPD benefits. On appeal, instead of denying the conduct in question or that it constituted misconduct under the statute, the worker argued that the JCC erred when he admitted Goodwill’s exit interview form as evidence of this conduct.

The court ultimately agreed with the worker and reversed the JCC decision because it determined that the referenced form contained inadmissible hearsay. The exit interview form in question indicated that Goodwill fired the worker because she made derogatory comments about persons of Mexican heritage to a co-employee that were overheard by a customer. Though she initially denied making the comments attributed to her in the form and objected to its admission as hearsay, the worker also admitted to two prior instances of using similarly offensive language for which Goodwill issued a notice of corrective action before she was injured. Regardless, as the employer had not presented sufficient evidence in the case to substantiate the secondhand comments contained in the controversial form, the worker was granted a new hearing on her petition for benefits.

By Payer Law | Posted on January 30, 2020
We Handle All Types Of Personal Injury Cases