Why Speeding is Dangerous 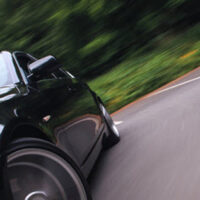 According to a recent article published by the Associated Press, Florida officials have stated that a speeding car crashed recently into a local fire station. Unfortunately, the speeding driver became critically injured when he crashed his car in the Tampa Bay area incident. The Florida Highway Patrol report apparently states that the 41-year-old driver was approaching a curve in the road when the vehicle left the roadway, ramped off a concrete culvert and went airborne. The vehicle then crashed into the roof and side wall of the Southern Manatee Fire & Rescue station. While no one inside of the station was injured, the driver had injuries that required treatment from first responders before he was taken to a Sarasota trauma center for additional care. In addition, fire officials stated that damage to the station was significant.

Speeding is illegal, but the risks are much greater than simply facing a potential speeding ticket. In addition to the fact that speeding is against the law, it is also an apparent safety risk for you as a driver, any passengers you are transporting, and anyone else who happens to be driving around you. Further, there is a direct correlation between speed and the severity of a crash. As a grave example, the National Highway Traffic Safety Administration has published data indicating that in 2018 alone, speeding killed more than 9,300 people. The unfortunate reality is that the faster a vehicle is going, the harder it is to stop without causing a collision in the event of an unexpected road change.

Perks of Slowing Down

There are several reasons why motorists drive faster than the posted speed limit, whether they are aware they are doing so or not. And while we have all had a reason we considered legitimate for going faster than we should have at one point or another, there are even more reasons to take the pedal off the metal the next time you are behind the wheel of a car. Avoiding the dangers of speeding:

Have You Been Injured in an Accident Because Someone Else Was Speeding?

Seeking the assistance of a knowledgeable South Florida legal team after involvement in a serious accident is your best bet in receiving full financial compensation for your injuries and losses.

As the Miami personal injury attorneys with Payer & Associates, we have a strong history of fighting for the rights of car accident victims to successfully pursue the compensation they deserve after being injured because of someone else’s negligence. While we understand that every case is unique, our dedication to every injured person who entrusts us with their case remains consistent and would gladly fight for your rights. Contact us today to begin with a free, no obligation consultation to help you determine whether you have a case against the at-fault party.

By Payer Law | Posted on February 4, 2021
We Handle All Types Of Personal Injury Cases