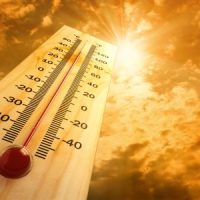 A lawsuit has been filed against a nursing home after three women died during a heatwave in May of 2022. Residents of the home described the conditions as “deplorable” and stated that there was no air conditioning or ventilation to protect residents from unprecedented temperatures. Now, a lawsuit has been filed by the surviving son of one of the residents who found his mother dead on her bed when he came to check on her. The family is suing the building owners for negligence and wrongful death alleging that the conditions in the facility contributed to the residents’ deaths.

This is not the first such lawsuit filed on the grounds of overly hot conditions. In one case here in Florida, several residents died after the power went out and the facility failed to move residents to a safe location.

According to the family’s attorney, the temperature in the victim’s room was 102 degrees at the time of her death. Complaints about the conditions had already been reported to the building management and not just by residents. An alderman spoke out about the conditions at the facility prior to the deaths. Nonetheless, the facility did nothing to improve the conditions and now three residents are dead. All three women were between the ages of 68 and 76 at the time of their death. A day after the deaths were reported, the air conditioning came on.

The duty of care owed to nursing home patients is higher than the duty of care a landlord owes to a tenant. Not only does the nursing home incur all of the duties of care a landlord has, but it also has the additional responsibility of providing specific medical services to patients. It is unclear if this facility was an assisted living community or senior living community or a nursing home, but the facility’s failure to turn the air conditioning on during a heatwave directly resulted in the deaths of three residents who were otherwise powerless to influence the situation. The facility is thus responsible for the deaths

There is one element of landlord liability in this case, but another element of civil rights abuses. In this case, the facility advertised their housing to older people who have specific needs. Since age is a protected class and those in assisted living communities have defined rights, the matter can be litigated on the grounds of a civil rights lawsuit. Further, most of the residents are poor and Black.

If you or someone you love has been injured or killed due to the negligence of a property owner, call the Miami personal injury attorneys at Payer Law today to schedule a free consultation and learn more about how we can help.

By Payer Law | Posted on June 9, 2022
We Handle All Types Of Personal Injury Cases