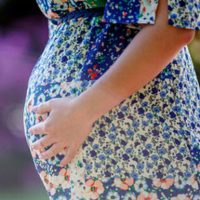 This is the latest in the lawsuits that have been filed against Astroworld, the promoter and organizer of the tragic Travis Scott concert that ended in the deaths of several concertgoers. Astroworld was faulted for poorly organizing the concert. When the main attraction went on stage, there was a mad rush to the stage resulting in some people falling and then being trampled. One of those individuals was a young expecting mother who lost her baby. She has since filed a wrongful death lawsuit against Astroworld for the loss of her baby.

Does this mean that fetuses are persons?

The legal standing of a fetus is complicated. For the purposes of charging a mother with the death of her unborn baby, a fetus does not have standing. For the purposes of charging another individual with the death of an unborn baby, a fetus does have standing. Additionally, families can sue on behalf of an unborn baby that is lost due to the negligence of another party. The distinction that you must be aware of under the law is that a mother can not be held responsible for intentionally terminating a pregnancy by approved means. In cases where the fetus is the victim of a third party that causes a miscarriage, the state can charge the defendant with murder or manslaughter.

Since the criminal courts are essentially barred from charging mothers with the death of their unborn fetuses, attempts to make abortion illegal have been focused in civil cases. Texas, for instance, tried to pass a law allowing individuals to sue other individuals if they attempt to seek out an abortion. The law has yet to be enforced against any party and it is unclear if a plaintiff in such a suit would be eligible to receive damages since there is no injury.

About a year or so ago, an IVF clinic made national headlines after they were sued by a former client whose eggs were lost in a refrigeration mishap. The client sued the company for wrongful death but the lawsuit was dismissed. In that case, the court determined that the fertilized eggs did not have the legal standing to sue nor did their parents. Fertilized eggs are considered property, not persons. Fetuses are somewhat different. An expecting mother who intends to have a baby can sue if she miscarries but the rules vary by state.

Hence, the problem is confusing to all involved and varies heavily depending on which state the action is filed in. Since this lawsuit has been filed in Texas, the plaintiff will have a stronger case than they would have if it was filed in California.

Payer Law files personal injury and wrongful death lawsuits against negligent defendants in Miami. Call our Miami personal injury attorneys today to schedule a free consultation and learn more about how we can help.

By Payer Law | Posted on June 24, 2022
We Handle All Types Of Personal Injury Cases