Positive Changes Might Be Coming in the Florida Workers’ Compensation World 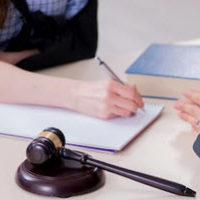 A change in leadership often represents uncertainty. However, new Florida Senate president Bill Galvano is indicating that some positive changes may be taking place in the near future for workers’ compensation. The new president, who took over at the end of November, has committed to revisit Florida’s workers’ compensation insurance laws despite two decreases in rates for employers. Galvano has asserted that the laws need to be re-examined in light of two recent Supreme Court decisions that he suspects may raise insurance rates in the future.

Why Are the New President’s Statements Surprising?

The statements are also surprising because just a few weeks beforehand, the Office of Insurance Regulation announced that rates will go down an average of 13.8 percent in 2019, meaning that they will already be decreasing. Further, the impending 2019 reduction follows a 9.5 percent average rate reduction that took place in Florida this year.

Regardless of the announcement being surprising, this is welcome news for anyone who has been a beneficiary of a workers’ compensation claim or will be in the future.

Why do the insurance rates matter for people receiving workers’ compensation?

Keep in mind that your workers’ compensation benefits can cover a variety of things related to your work-related injury including your:

But in order for the insurance company to pay you, your employer has to pay premiums on its insurance policy. There are three main factors used in calculating premiums which are:

If the workers’ compensation insurance rate goes up, many employers will attempt to trickle this cost down to employees. They can do this in a number of ways that include:

Therefore, even if you are currently out of work recovering from your injuries, all of these measures could potentially affect you in the future as well as your coworkers.

Do You Have Questions About Your Workers’ Compensation Claim? Reach Out For Help Today.

Obtaining workers’ compensation can be difficult. If you or someone you love has been injured as a result of a workplace accident, we can advocate for you and ensure you recover the compensation you are entitled to while you focus on recovery. The Miami workers’ compensation attorneys at Payer & Associates have significant experience helping people like you. Begin by contacting us today to schedule a free consultation.