Parents Sue Mall After Child Is Thrown From Second Floor 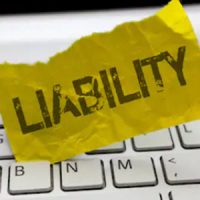 The parents have sued a local mall chain after their child was picked up by a mentally disturbed man and thrown over the side of the railing. According to the parents who have filed a lawsuit against the mall, the man was on a do-not-enter list prior to the incident. Two security guards approached the man just prior to the child’s injury and confronted him. He appeared to be loitering outside of a mall coffee shop when security approached. Despite having his name and face on record, mall security spoke to him and then left him alone. The parents blame the mall for their child’s injuries. They say if security had done their job properly, the injury to their son would have never occurred.

Negligent security lawsuits are filed under a theory of premises liability. Essentially, the owner of an establishment is responsible for ensuring all of the patrons within their establishment are safe. Negligent security lawsuits are hard to win, however. The plaintiff must be able to show that the violence that occurred on their property was predictable and preventable. In this case, mall security had the man’s name and face on record and he was among those who had been banned from the mall. Even after security approached him, they later left him alone, failed to keep an eye on him, or remove him from the premises. The plaintiffs have established all of the key elements that are required to win a negligent security lawsuit.

The majority of negligent security lawsuits are filed against bars or landlords. Malls rarely face lawsuits stemming from negligent security because they can seldom predict when a violent act can occur. Since malls are open to the public, anyone is allowed in so long as they aren’t breaking the law. The mall can’t predict that a random individual from the public will attack another patron, so such lawsuits are unlikely to result in major victories for defendants.

In this case, however, the incident was predictable. The mall simply needed to act in accord with its own intelligence and then do what would be expected of any security guard. They failed, and a child nearly lost his life.

If you’ve been injured due to the negligence of a proprietor, the Miami personal injury attorneys at Payer Law can help you file a lawsuit against the negligent party and recover damages related to your injuries. Call today to learn more!

By Payer Law | Posted on September 16, 2021
We Handle All Types Of Personal Injury Cases