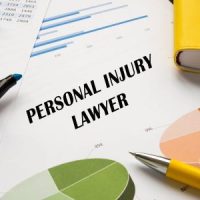 The meatpacking industry contributed several deaths to the COVID-19 pandemic in the early stages of the quarantine. This resulted in meatpacking leaders taking out a full-page ad in the New York Times detailing how the supply chain was breaking and causing widespread panic. Nonetheless, a Congressional report detailed how the meatpacking industry was placed on notice years before the pandemic occurred that their industry was an infection-control nightmare. Now, the family of a slain worker has filed a federal wrongful death lawsuit against a major meatpacking company after their loved one, a 23-year veteran of the company, succumbed to the COVID-19 virus after contracting the disease at work.

The family claims that the meatpacking company did little or nothing to thwart the spread of the virus even after the CDC had imposed guidelines for preventing the spread of the disease. This included not providing employees with PPE, not sending employees home when infected and allowing workers to work in close proximity to one another. The workers claim they were discouraged from using sick leave due the broadscale understaffing that occurred due to the loss of several employees. This resulted in the contagion spreading even faster. This particular company is believed to have discouraged workers from calling in by using a demerit system for taking their guaranteed sick leave. Those who did not miss work were rewarded with $600 extra dollars.

The company stands to lose far more than $600 now that they paid employees to come to work sick during a pandemic.

A study published in 2008 warned the meatpacking industry that it could lose up to 40% of its workers to a global pandemic if precautions were not taken. Those precautions, of course, were never taken and the meatpacking industry did not solve this problem until its business became practically insolvent from lack of staff. The report specifically indicated that a high-population-density environment should stockpile PPE to avoid an infectious disease from spreading. We know that they did not heed the warning and that workers died as a result of this failure.

In 2020, an executive from the Texas factory received an email indicating that 100% of all the COVID-19 patients were either workers from the facility or family members who had direct contact with the workers. The doctor warned that the workers would continue to get sick and many would die if the plant was not immediately shut down. The employer is accused of tracking COVID-19 cases within the plant but hiding that information from employees.

Payer Law represents the interests of injured workers and plaintiffs in other workers’ compensation matters and personal injury lawsuits. Call our Miami personal injury lawyers today to schedule a free consultation and we can begin discussing your options immediately.

By Payer Law | Posted on July 22, 2022
We Handle All Types Of Personal Injury Cases