How to Sue for Wrongful Death in Florida 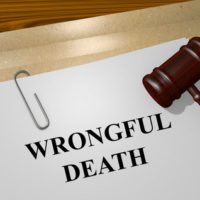 Claims of wrongful death in Florida are brought by victims’ head of the deceased’s estate, usually a surviving members of the victim’s family, when an individual or company showed negligent behaviors that cause another’s loss of life. The actions of the careless party must have directly contributed to the victim’s death.

In bringing a civil action against responsible parties, a process ensues which requires an attorney. If you have lost a loved one, it is important to understand how to sue for wrongful death in Florida, and what may come of this suit.

Prior to commencing legal action, facts surrounding the incident will need to be reviewed and corroborated by witnesses, and evidence should be gathered, including video footage, Facebook live videos or whatever is available. If the incident happened at work, protocol should be followed in filing report with human resources or direct supervisor, if they’ve not be apprised of the death.

From there, certain rules of engaging the other party should be adhered to. This engagement usually begins with a formal demand letter stating what happened, how the party is responsible, the laws that correlated with said responsibility, and what the aggrieved family is seeking, and will also contain an estimated figure that will make the family whole again.

Unless the facts are blatantly obvious, or the expected award is immediately agreed upon by all defendants involved, the demand letter may be respectfully rejected. It’s at this point your wrongful death attorney files civil action and notifies the defendant’s counsel of the same.

Florida’s statute of limitations on filing wrongful death action is two years from the date the incident occurred.

Regardless if cases settle during the pre-litigation demand letter stage, all substantiated claims should be prepped as if they’re ultimately going to trial. Should an agreement fail to be reached, there’s only filing and preparing your case to speak to jurors.

Usually at-fault parties, once they see an attorney is serious about holding them accountable, will head back to the negotiation table. The difference this time is that the victim’s attorney may be able to leverage a larger settlement since enough evidence might exist to sway a jury to award much larger damage amounts. Once an agreement is drafted, and all parties approve, the case will be effectively over – barring any setbacks or missing information from paperwork.

Numerous steps are taken behind the scenes that allow cases to transition from court to settlement and back into court to finalize amount and run through normal procedures.

While an attorney undoubtedly knows how to sue for wrongful death in Florida, they’re just as susceptible to time delays as non-attorney filers. The primary difference here is their expertise alone helps victims of reckless accidents get justice in more ways than just financially.

The right personal injury lawyer knows the steps involved. They also know the sense of frustration and urgency families exhibit as they fight to put this tragedy behind them. Understand that while many cases will indeed settle before trial, an equal chance exists they may not.

If you lost a loved one through an individual’s or company’s senseless actions, and wish to hold them accountable, retain a dedicated Miami attorney from Payer & Associates by calling 305-854-4442 today.

By Payer Law | Posted on October 22, 2018
We Handle All Types Of Personal Injury Cases