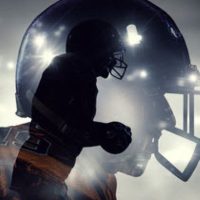 A vaunted California high school football program is under fire after one of their player-students sustained traumatic brain injury in an alleged hazing ritual. According to the lawsuit, the students would fight each other to prove how tough they were. The fights, however, had rules. The game, called “Bodies”, required that students only punch in the torso area between the hips and chin. However, that’s not how the game played out.

In this case, the plaintiff, who was much smaller than the other player he was fighting, took several blows to the head and never put up much resistance. The other player, meanwhile, got in several shots. According to a coach who attended to the player after the fight, he slipped in the locker room and hit his head on a sink. The boy was cautioned not to snitch about the game to coaches. At one point, the plaintiff can be heard saying, “I thought we were playing Bodies,” an obvious reference to the fact that he was being punched in the face repeatedly which is purportedly against the rules.

Further, the plaintiff, while an athlete at the school, was new to the football team.

Allegations against the school

The school is believed to have covered up the incident to the extent possible. Neither teachers, coaches, or other students cooperated with the investigation. While it was determined that the plaintiff consented to the fight with the other student, and no criminal charges were filed against him, the school still faces significant liability for knowing about the game, failing to address the problem with students, and the delay in getting medical attention to the battered student.

The school is a Catholic school, meaning the Catholic Diocese would be responsible for any lawsuit filed against it. In addition, personal injury lawsuits can be filed directly against the coaches for their conduct in retaliating against the student.

It is unclear the extent of the plaintiff’s injuries, but his parents said that when he came home from the hospital, he was slurring his speech and having difficulty concentrating. He may never have his full capacity again. Meanwhile, the school appears more interested in punishing victims of its culture than changing the culture, a fact which will find its way into the trial.

Coaches and schools have a responsibility to ensure students are safe. If your child is injured during a sporting event, the school may be liable for their injuries. Call the Miami personal injury lawyers at Payer Law today to schedule a free consultation and discuss the matter in more detail.

By Payer Law | Posted on December 9, 2021
We Handle All Types Of Personal Injury Cases