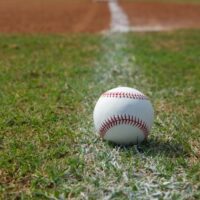 There are two things you need to know about foul ball lawsuits against baseball teams. The first is that they are never successful. The second is that each individual who enters a baseball stadium assumes the risk of being struck by a foul ball. So how did a foul ball lawsuit make its way through the courts? For anyone who hates the Astros, this is a great story.

If you watch the world series two years ago, you’ll remember that Michael Brantley hit a foul ball into his own dugout that struck a Houston Astros support team member. It was a shocking moment. Brantley went from concentrated on baseball to nearly sobbing after he watched the ball strike the man in the head. The incident was so awful that the television network refused to show it. Television networks love to show things like that. You can still find Napoleon McCallum’s and Shaun Livingston’s knee injury on YouTube. However, this incident was too graphic to show.

The man who was injured was Brian Cariota, an emergency staff worker, who filed a $1 million lawsuit against the team for the incident that landed him in the hospital. Cariota argued that the reason why he was exposed to danger was so that the Astros had a visible angle to the opposing catcher’s signs as they were being passed to the pitcher.

He’s not the only one who has filed a lawsuit against the Astros. Mike Bolsinger, a former Blue Jays pitcher, said that the Astros sign-stealing scheme resulted in a performance so poor that it was actually actionable. Bolsinger wants all the funds that the Astros gained from winning two World Series donated to the charity of his choice. Others have joined lawsuits against the Astros, including individuals who placed a lot of money on fantasy sports and gambling.

Cariota suffered a concussion but appears to have a full recovery. Nonetheless, he suffered an injury. His argument is that the Astros caused the dangerous condition that led to his injury by arranging the dugout in an unsafe way that facilitated their sign-stealing scheme. Since the Astros caused the unsafe condition, and the unsafe condition was not something that Cariota could have predicted (dugouts are generally protected), the Astros are thus responsible for his injuries. That is a very strong argument when personal risk immunity is in play.

For instance, you can’t go skydiving and say that you injured your toe. You took some risk and that risk could be anticipated. Further, you were likely warned of the risk. However, since a piece of protective shielding was removed so the Astros could steal pitches, this is a very strong case against the team.

If you’ve been injured due to the negligence of another individual, company, or government agency, call the Miami personal injury lawyers at Payer Law today to schedule a free consultation, and we can begin preparing your case immediately.

By Payer Law | Posted on May 6, 2021
We Handle All Types Of Personal Injury Cases