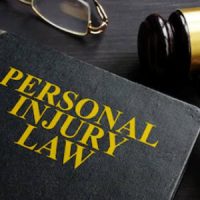 Attorneys are arguing on behalf of the family of an 18-year-old Harvard student who ended his own life in 2015. Suicide lawsuits are very difficult to win given that it is assumed that an individual took their own life by their own volition. However, under the law, a student is in a special class of individuals to whom a specific duty of care is owned by institutional representatives. The family claims that the faculty of Harvard and related personnel failed in their duty of care to the student.

A similar lawsuit was filed in Massachusetts against MIT. The plaintiffs failed to prove their arguments in that case.

What would the plaintiffs need to prove?

The plaintiffs would need to prove that the university was on notice that one of their students was suicidal. In fact, it must be the student who informs the university that they are suicidal. The University does not have to use its own reckoning to infer this. They must be told explicitly by the student. At that point, it would trigger a duty of care to intervene on the student’s behalf. The rules open a very small window for administrators and university personnel to ignore direct evidence provided by the victim and get sued.

What did Harvard do or not do?

After the decedent’s first suicide attempt, the student was placed on a contract requiring him to seek treatment for depression and meet treatment goals. The contract further required the student to bring any concerns about suicide to his treatment counselors. There is some question as to whether or not the tactic actually increased the risk of harm to the student rather than reducing it. Importantly, it shifted the duty of care to the student to seek treatment if he felt suicidal and made it appear as though the University were addressing the matter. Whether or not this was effective or just a means by which the University could escape liability is a matter of opinion.

The defendants have filed a motion to get the case dismissed while the plaintiffs believe there is enough evidence to get it moved in front of a jury. There is another, separate, question as to whether or not the treatment coordinator should have followed up with the student immediately following his suicide attempt. The student made no effort to reach out to the treatment coordinator who maintains that she did not have a duty of care until the student approached her.

Payer Law represents plaintiffs in lawsuits filed against individuals, companies, and institutions accused of negligence. Call our Miami personal injury lawyers today to schedule a free consultation and learn more about how we can help.

By Payer Law | Posted on January 13, 2023
We Handle All Types Of Personal Injury Cases