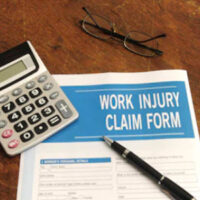 Few stories in the news are more infuriating than hearing about a company firing an employee after they got injured. The Department of Labor recently announced that they have filed a lawsuit against a Texas hotel after the hotel fired an employee who sustained injuries due to carbon monoxide poisoning while on the job.

It’s definitely rare that you see OSHA and the US DoL team up with file a lawsuit on behalf of an employee. However, here we are. It is much more likely that a lawyer would handle this type of lawsuit rather than the government. But that should tell you just how seriously this incident was taken. The U.S. Government can force the employer to reinstate the employee at their old salary. The hotel would also be responsible for awarding back pay with interest, and in a case like this, where the violation was egregious, the plaintiff would be awarded punitive damages as well.

The situation above is tricky because it involves three areas of the law: Personal injury law, employment law, and workers’ compensation. Many of these laws are enforced by state agencies. However, every state in the Union inherits all federal laws as part of their own. In the event that the State of Texas won’t step in, the federal government can represent the interests of both the worker and the labor rights of the worker.

Essentially, the law makes it impossible to fire an employee for a protected action. That includes leaving the job to get yourself medical attention. It also includes informing government authorities that the hotel is exposing its guests to danger. These are known as whistleblower protections. Finally, a worker who is injured due to the negligence of their employer can file a personal injury lawsuit against the employer in instances where the employer does not carry workers’ compensation coverage.

Talk to a Workers’ Compensation Attorney in Miami

The Miami workers’ compensation attorneys at Payer Law represent the interests of those injured on the job. Call our firm today to schedule a free consultation and discuss your situation in more detail.

By Payer Law | Posted on May 14, 2021
We Handle All Types Of Personal Injury Cases