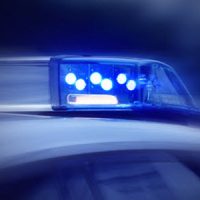 A lot of tension between the public and police officers is related to pursuits of suspects in dangerous situations. Today, police departments are much more cautious about pursuing suspects in residential or high-traffic areas. The danger is that the suspect will harm someone else as they are attempting to evade police. That is precisely what happened to one family.

A father of two and his two young children were killed in a crash initiated after a vehicle attempted to evade police. The only survivor was the mother who filed a lawsuit against the city to recover damages on the grounds of wrongful death. The mother won her lawsuit and the city agreed to pay $1.75 million for the deaths of her husband and two children.

Police scanned a vehicle’s tags and realized that the plates belonged to another car. They attempted to pull over the vehicle, which fled, and the resulting crash took three lives. The driver was charged with felonies unrelated to a stolen car or the wrong plates. However, winning lawsuits such as these can be difficult, especially when the pursuit is justified.

Each police department has a pursuit policy that determines when and how they can pursue a fleeing suspect. In many cases, police will cut off pursuit because it is too dangerous to continue. It often depends on the crime they are attempting to stop. In the case of an individual with the wrong plates on their vehicle, maybe you would want to avoid a high-speed chase through a heavy traffic area to avoid the potential for loss of life. The police department likely had a policy on pursuit that was ignored resulting in these deaths. In that case, the plaintiff would have been able to compare the police’s conduct to their internal policy and prove that they were not fulfilling their duties to the public when they engaged in the pursuit. However, if the pursuit was justified under the department’s policy, then the plaintiff may have had a much more difficult time winning her lawsuit.

Most police lawsuits involve intentional misconduct, not negligence. That’s because it’s often impossible to hold a government employee liable for negligence or omission. Police have broad discretion when it comes to what they do or do not do and how they enforce the law. That means burdens can almost never be placed on them to act. That means that they can never be sued for what they did not do.

Payer Law files personal injury lawsuits on behalf of Miami residents who have been injured due to the negligence of another party. Call our Miami personal injury lawyers today to schedule a free consultation and we can begin discussing your claims immediately.

By Payer Law | Posted on November 10, 2022
We Handle All Types Of Personal Injury Cases