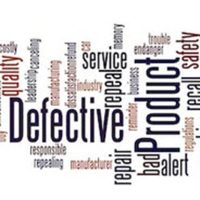 A Chicago police officer who recently suffered spinal injuries was awarded $7.5 million in a judgment against a company that manufactures breaching rounds. The police officers were part of a training exercise using door-breaching rounds. According to the plaintiff, the round did not disintegrate as advertised, but deflected off the door sending shrapnel into his spine.

While the officer was able to recover from the injury, the injury impacted his ability to run his side gig, a martial arts studio.

During the lawsuit, the defendants claimed that the round was not defective but that the officer likely used it improperly. The jury didn’t buy it, and the plaintiff was awarded $7.5 million.

A hard sell for the defense

It is typical in personal injury trials for the defense to blame the plaintiff for their own injuries. If you choose to file a lawsuit against another party, you should expect that you will be blamed for whatever injuries you are caused. While this may feel meanspirited, it is the best possible strategy that the defense can employ.

In a state like Florida, we operate under a theory of comparative negligence. That means that the plaintiff is entitled 100% of their total damages minus whatever percent they are found to have contributed. So even if the defense can only argue that the plaintiff was 25% responsible for their injuries, that amounts to a 25% reduction in their overall obligation to the plaintiff.

In this case, the argument that the plaintiff “probably” used the gun incorrectly was not backed up by a real theory of what happened. The plaintiffs had a real theory. They said that a manufacturing defect caused the round to not operate correctly. Instead of disintegrating on impact, some of the pellets struck the plaintiff causing injury and reducing his quality of life. If the defense provided a theory of what the plaintiff did wrong, then maybe they would be able to prepare a better defense. But in this case, they hoped that the jury would find enough doubt to kick the case. It would be a defense tantamount to saying, “I didn’t do it.”

In this case, the officer was able to pursue a lawsuit against the manufacturer even though he was on the job when the accident occurred. While workers’ compensation precludes lawsuits against your employer, it does not preclude lawsuits against third parties. In this case, the manufacturer of the door round was a third party who contributed negligence to an accident causing injury. The burden of proof is often low in product liability cases. A plaintiff need only show that they used the product properly  and it caused them injury.

Have you been injured by a defective product, machine, or other device? Call the Miami personal injury attorneys at Payer Law today to schedule a free consultation and learn more about how we can help.

By Payer Law | Posted on October 15, 2021
We Handle All Types Of Personal Injury Cases