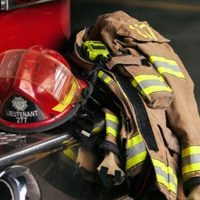 Dating back to 2001, documents show that at least five firefighters have died from heat-related illnesses.

Firefighters are expected to wear a lot of gear and this is also true while they are training in the California wilderness. The firefighters were wearing long-sleeve jackets, pants, helmets, carrying heavy packs, all while doing activities that simulated firefighting. All except one of the deaths occurred in temperatures between 70 and 87 degrees. While hot, it is not what you would consider to be “too hot” or even extraordinarily hot. Public health experts and federal regulators believe that the deaths were 100% avoidable.

Part of the problem appears to be that the firefighters are not year-round workers. Many are either volunteer or part-time firefighters or incarcerated firefighters. Nonetheless, an analysis of the training exercises revealed several issues of workplace safety including a “punitive culture”, an ineffective physical screening process, and a lack of a plan to build up a recruit’s tolerance for heat.

One recruit who was showing clear signs of heat stroke died on a hike up a mountain after he became dangerously hot. When asked why his captain didn’t act on the telltale signs of heat illness, he said that if they could get up the mountain fast enough, he’d be able to cool him down. They took his jacket off and drenched him with water, but the strategy failed and the man died.

Meanwhile, Cal Fire vigorously denied that a “punitive culture” exists. Regardless of whether or not they’re training volunteer firefighters, career firefighters, or prisoners, Cal Fire said they train all recruits the same way. The training, they said, included the ability to recognize the signs of heatstroke. Cal Fire indicated that potential firefighters need to do everything they can year-round to prepare for fire season. Apparently, this also means conditioning themselves to have higher heat tolerances.

While the firefighters won’t be able to file lawsuits against Cal Fire for injuries or deaths caused by negligent training exercises, the department’s workers’ compensation policy is likely quite high and those costs are ultimately borne by the taxpayer. As often happens with the government, there is no individual accountability.

If you’ve suffered an on-the-job injury, you may alternatively be able to file a workers’ compensation claim or a lawsuit, depending on the circumstances. Call the Miami workers’ compensation lawyers at Payer Law today to schedule a free consultation and discuss your situation in more detail.

By Payer Law | Posted on October 8, 2021
We Handle All Types Of Personal Injury Cases