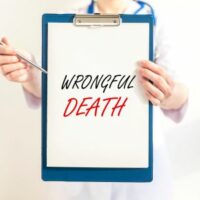 A lawsuit has been filed against a residential care facility for foster children. According to the lawsuit, the facility failed to prevent a group of children from escaping, and one of the boys died. Other allegations include a failure to thoroughly report the absconding after it occurred. The boy is alleged to have been killed by fellow residents with whom he escaped. The lawsuit has been filed on behalf of the boy’s parents who fault the foster care facility for improperly safeguarding their children.

Two other boys, now aged 18 and 19, are facing first-degree murder charges in conjunction with the homicide. Their case will go to trial in 2022. The three boys were roommates before they ran away. The two facing murder charges were known to intimidate and bully other boys in the home. The boy who died was physically smaller and weaker than the other boys. After the two boys returned to the facility, the third was not among them. His body was found in a nearby field.

The foster care facility told the press that they continue to support law enforcement throughout the process.

The residential care facility is faulted for not following through on an action plan to prevent the boys from escaping. The plan in place called for enhanced supervision, arm-in-arm escorting, no layered clothing, and eating inside of the cottage. Nonetheless, the three boys were able to make a break off of a basketball court and elude staff. Staff speaking on the condition of anonymity said that not all staff were informed of the crisis plan and that it was the usual course of action that some may not have been aware of the enhanced supervision.

In addition to the supervisory failures, the plaintiffs blame the foster facility for failing to thoroughly file a report with state childcare authorities.

The foster care home is alleged to have failed to safeguard their wards, allowed wards to escape the premises, and a child died as a result of that failure. They are further accused of knowing beforehand about the boys’ escape plan, having a safety plan in place to prevent it from happening, and then allowing it to happen anyway. The plaintiffs accuse the foster care home of not have a functional process in place to ensure that the staff knew that enhanced supervisory conditions were in place. Employees of the company told the press that this was commonplace.

If you’ve lost someone you love to the negligence of another party, call the Miami personal injury attorneys at Payer Law today to schedule a free consultation and learn more about how we can help.

By Payer Law | Posted on September 2, 2021
We Handle All Types Of Personal Injury Cases