Workers Killed/Injured In Candle Factory May Be Out Of Luck 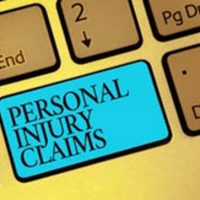 The tragedy in Kentucky is creating a problem for the state’s workers’ compensation system. According to some employees, they were threatened with firing if they left the factory to shelter at home. The factory disputes these claims saying that many employees did leave. The chances of the factory successfully disputing the claim that supervisors threatened employees is likely very low. Nonetheless, Kentucky law protects companies from workers in situations like these. Eight people died as a result of that choice.

The workers have an uphill battle proving their claim even though they were injured on the job and because of their employment. Under Kentucky’s statute, an employer is liable for a workers’ injury only in a circumstance where the danger to the worker is greater than the danger to the general public. In other words, the workers must prove that they faced a greater than average danger that just anyone else in the area faced because of their work.

In this case, the workers will likely target the engineering of the factory itself as the extra-dangerous condition the workers face. It doesn’t matter if the company is responsible for the injury or not in a workers’ compensation claim. It only matters if the injury is compensable under the law. The workers and their families will need to prove that the workers were exposed to more danger because of their work than an average person in their home sheltering in place.

The government will issue advisories during tornado events, but very few people actually abide by them. Tornadoes rarely cause death or injury. If the government had issued a shelter in place warning, and the employees left the factory, were they obeying the law or violating it? Should the factory send employees home during a shelter-in-place warning?

These are all questions that will hurt the plaintiff’s claims. It may come down to whether or not the courts believe that the supervisors issued a direct threat to employees that their jobs would not be waiting for them if they left work that day. The company claims it issued no direct threat. But anyone who walks off work during work hours without their employer’s say-so is committing a fireable offense. So, the threat may have been implied, and, if no one had died, would likely have been carried out, legally, and without repercussions to the company. Now that eight people are dead, the company gets to claim they never said that. So, the workers and their grieving families have an uphill battle to collect from the company.

By Payer Law | Posted on January 27, 2022
We Handle All Types Of Personal Injury Cases