Workers Injured In Houston Chemical Leak Yet To Recover 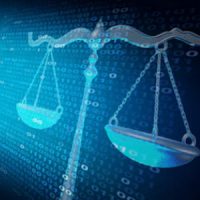 A disastrous chemical leak in Houston left two dead and dozens injured. Now, the injury lawsuits are coming in, accusing the company of serious negligence in the maintenance of its facility. The plaintiffs allege that the company that owned the chemical plant is guilty of negligence and gross negligence for allowing the leak to occur.

According to witness accounts, a yellow cloud began engulfing the workers. While several experienced side effects of inhaling the toxic fumes, others were injured in an attempt to get away from the danger. Some still have respiratory complications related to inhalation damage. It is not clear if those injuries will have permanent effects, or if the injured workers will recover completely.

The leak was first reported at 7:30 pm in the acetyls unit. The unit had been shut down and maintenance had begun. The leak came from an acetic acid reactor. At least 30 people suffered injuries as a result of the leak and two contractors were killed. Some of the 30 were employees of the Houston chemical plant while others were contractors performing maintenance there. It is likely that OSHA will investigate whether there were any safety violations at the plant that could account for the chemical leak.

Not every work-related injury is forced through the workers’ compensation program. Before you begin the process of filing a claim with your employer, have a Miami personal injury attorney take a look at your claim to determine whether a lawsuit is appropriate. If not, we can still pursue your workers’ comp benefits. Call Payer Law today!

By Payer Law | Posted on September 23, 2021
We Handle All Types Of Personal Injury Cases