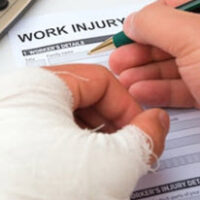 Local 10 News recently reported that the United States Census Bureau recently sent representatives to South Florida in hopes of recruiting up to 10,000 temporary workers. Anyone who is a United States citizen and is at least 18 years of age is welcome to apply for the position, which will primarily involve following up with households that have not self-responded to the census already. This important role will actually have a significant impact – the results of the census actually dictate multiple factors such as how many members of Congress may be elected and how many state lawmakers Florida gets, as well as billions of dollars in federal grant money.

However, it also presents the opportunity to contemplate another important question – what happens when a temporary worker becomes injured on-the-job?

What is a Temporary Worker?

Workers can end up in a position where they are employed on a temporary basis for various reasons. In some cases, wage and salary workers begin a job that has a predetermined termination date. In other cases, a worker begins an assignment that can end at any time depending on the employer’s needs. Temporary workers can work on a part-time or full-time basis and may have the same duties as other workers or may be specially hired to fulfill a specific set of duties. Either way, when workers become injured, it is important to understand the rights to workers’ compensation benefits that temporary workers still have.

What Rights to Compensation Do Temporary Workers Have?

Temporary workers who are injured should not make the assumption that they have no rights under Florida law. Instead, the good news is that Florida’s workers’ compensation statute generally covers injuries that occur at a workplace during the scope of employment. There are, however, exceptions to that general rule. One of the gray areas of this area of law can be those who are employed on a temporary basis and this can create confusion when it comes to workers’ compensation coverage.

Regardless of a title or the time period that a worker is hired for, he or she will generally be covered by workers’ compensation so long as he or she is an employee. However, because the fact that employers may attempt to label a temporary worker in a way that it thinks may help avoid having to pay out for benefits, it is best to obtain the help of an experienced workers’ compensation attorney as soon as possible after being injured.

Have You or a Loved One Been Injured While Working Temporarily?

Then you should understand that you may have legal rights no matter what you may have been told by your employer or its insurance company. If you have been unexpectedly injured in a workplace accident, you are likely facing a slew of unexpected changes in your income, medical bills, and the prescriptions you need to help keep you recover. As the Miami workers’ compensation attorneys at Payer & Associates, you can depend on us to fight to maximize any benefits you are entitled to while you focus on healing. Contact us today so we can begin answering any questions you have about your legal rights after you experience what you suspect is a workplace injury.

By Payer & Associates | Posted on February 6, 2020
We Handle All Types Of Personal Injury Cases