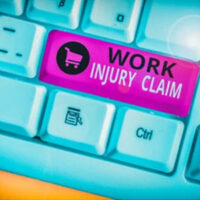 A worker has filed a lawsuit after he claims he suffered disfiguring injuries while working at a waste treatment facility. The lawsuit claims that the contractor was not offered adequate assistance while unloading pipes. As a result of the accident, he lost his right thumb and other permanent injuries. Will his lawsuit succeed? Let’s try to answer that question.

The township of Hamilton contracted with the plaintiff’s company to perform emergency repair work. The plaintiff is thus not an employee of the township but a third-party contractor. Since the township is not his employer, he can file a lawsuit against them. Since the injury occurred off-site, the employee’s own company’s workers’ compensation insurance may not have covered the claim.

However, the question of negligence is not firmly established. Would a delivery-person conducting business of the sort the plaintiff was doing naturally expect to have equipment to aid in the process of unloading the pipes? The question of whether or not the facility operator owed the employee that duty of care will form the backbone of the lawsuit against the township.

However, what happens when a property manager fails to afford an independent contractor with equipment that would have made his job easier? Does the township owe the contractor a duty of care? The better question is: Would a similar contractor doing similar work for a similar entity expect to have specific equipment so that he didn’t have to unload the pipes manually? Those questions are much less clear.

If you’re injured on the job, you can still file a lawsuit against a third-party for their negligence. Call the Miami personal injury lawyers at Payer Law today to schedule a free consultation and learn more about how we can help.

By Payer Law | Posted on June 11, 2021
We Handle All Types Of Personal Injury Cases