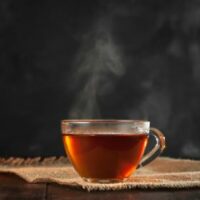 Several women have filed a lawsuit against a company that produces an herbal diet tea that purports to increase energy, reduce hunger cravings, and induce a sense of wellbeing. However, the women didn’t expect that the herb in their tea would be marijuana. Now, they’ve filed a lawsuit against the company that they believe failed to divulge the contents of their tea prior to selling them.

One woman said that an ad popped up in her news feed for a product that would help her drop her A1c level (blood sugar). She purchased a raspberry lemonade tea from the site. She followed the directions on the box and drank the tea daily.

Later, however, she suffered an on-the-job injury for which she was required to produce a urine sample. The sample showed that the woman had THC in her system. THC is the active ingredient in marijuana that causes inebriation. Unbeknownst the woman, she was taking a drug that was illegal in Florida. So not only did the woman not receive her workers’ compensation but she was fired from her job for violating the company’s drug policy.

This is not the only incidence of a woman losing her job because of this company’s tea products. While the products say that they contain 0.0% THC, the products evidently contained enough THC to register on a drug test.

CBD is a non-intoxicating chemical also found in marijuana. People who enjoy CBD say it helps them relax, helps with digestion, or any of a number of beneficial side effects. However, because CBD comes from the hemp plant which THC is also derived from, there’s no telling whether or not it might cause someone to fail a drug test.

Logistically, THC should not be present in CBD products and if they are, the volume would be so small that it would not register on a drug test. The volume of THC in the product would have needed to be significant enough to trigger a positive.

While this situation is kind of amusing, it resulted in real losses for the plaintiffs. The plaintiffs were consuming a substance that is illegal in the State of Florida and that cost them their jobs. And in at least one case, it became the basis for denying an otherwise valid workers’ compensation claim.

By Payer Law | Posted on June 29, 2021
We Handle All Types Of Personal Injury Cases