Woman Sues After Slipping On Cherries At Walmart 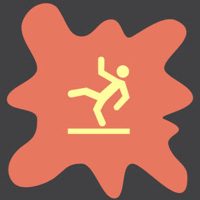 A Canadian woman filed a lawsuit in Canadian court against an area Walmart and a “John Doe” who spilled cherries onto the floor. John Doe is often used when the name of an at-fault party is unknown to the plaintiff. According to the plaintiff, John Doe spilled cherries onto the floor and then did literally nothing about that. Neither did Walmart staff correct the situation.

With due deference to the Canadian courts, premises liability suits stateside can be difficult to win. Walmart is the world-heavyweight champion of premises liability lawsuits defending thousands every year and managing claims on a daily basis. While this lawsuit may be meritorious in Canada, it will have to pass through a number of barriers if the plaintiff wants to recoup her damages. In this article, we’ll discuss what elements would need to be established in a Floridian court to win her premises liability suit against Walmart.

In the aforementioned lawsuit, you have a plaintiff who is naming Walmart as a defendant after a fellow customer spilled cherries on the floor. Neither Walmart nor their employees caused the dangerous condition. It is unclear that any Walmart had time to remedy the dangerous condition after the spill and before the fall.

To prove this case in the U.S., a personal injury attorney would review the security footage of the incident. If a Walmart employee walked past the spill and left it unremedied, then the plaintiff has a strong negligence allegation on which to pursue their claim. If the customer spilled the cherries and then four seconds later, the woman walks by and falls, then Walmart would not be negligent under U.S. law. Not only would they not have enough time to react to the spill, but they did not cause the dangerous condition. Further, no earnest diligence on their part could have prevented the fall.

While we don’t know how this lawsuit will play out in Canada where it has been filed, a plaintiff presenting this claim would need to establish that the slip and fall injury was foreseeable within the timeframe and the employees didn’t remedy it until it was too late.

Walmart slip and fall lawsuits are quite common. Most of the time, Walmart will defend itself by saying their employees were not aware of the dangerous condition prior to the injury. This means that Walmart is not guilty of negligence under America’s system of torts. Personal injury attorneys attempt to prove the dangerous condition was known or should have been obvious to employees exercising any standard of care, and their failure resulted in injury.

If you have been injured at a department store, the Miami personal injury attorneys at Payer Law can help you file your claim and recover damages related to your injuries. Call today to schedule a free consultation and we can discuss your next moves immediately.

By Payer Law | Posted on April 13, 2022
We Handle All Types Of Personal Injury Cases