Where Does My Claim Go When Workers’ Compensation Insurance Won’t Pay? 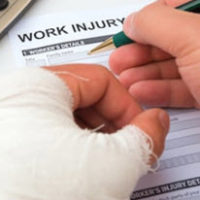 WLRN reported that Florida’s First District Court of Appeal recently issued an important decision for workers’ compensation claims. The Court held in favor of the insurance company in deciding that it should not have to pay a claim under a policy that was written after the claimed work injury. The policy in the case was written a few hours after a piece of machinery ran over a construction worker’s foot on a job site. In so ruling, the Court held that workers’ compensation law cannot be extended to require new insurers to cover losses previously known to the insured.

This case will be important for future workers’ compensation claims in Florida, as insurers now have a new legitimate basis on which to deny claims. Insurers will now be able to assert, in denying a claim, that the injury occurred prior to the policy, therefore justifying its denial. And as almost 35,000 workers’ compensation claims have already been filed so far in 2018, this has the potential to affect many Floridians. However, this is just the latest in an array of reasons that insurers use to deny a claim – sometimes legitimately but often because the company does not want to pay. Receiving a notice of denial can be very confusing and frustrating, especially when you are already dealing with mounting bills and your own injuries. An experienced workers’ compensation attorney can help you with the process of navigating through your appeal.

My Claim Was Denied. Now What?

How Long Do I Have to Appeal My Denial?

Typically, an injured party who wants to appeal a denied workers’ compensation claim has thirty days to file a notice of appeal. It should be noted that the thirty days does not begin when you received your notice of denial, but instead begins to run with the date that the denial decision is rendered. This is one reason why it is so important to quickly retain an experienced workers’ compensation attorney as soon as you find out that your claim has been denied. This deadline is extremely important as the denial of your claim can become finalized if you wait too long to appeal it.

If you or someone you love has been legitimately injured at work, you should not attempt to appeal your workers’ compensation claim alone. The Miami workers’ compensation attorneys at Payer & Associates have significant experience helping people like you bear some of the burden you have been placed under and obtain the compensation you are entitled to. Begin by contacting us today to schedule a free consultation.