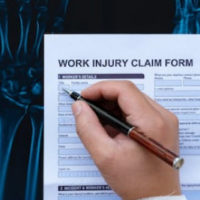 Historically, workers who were injured at work often had to contemplate an extra aspect of their potential claim – the fact that he or she would probably be required to take a drug test after reporting the injury which could affect the worker’s ability to obtain workers’ compensation benefits. Not surprisingly, this served as a deterrent for injured workers reporting their workplace injuries and sadly, many workers suffered through their injuries rather than attempting to obtain benefits they assumed they would not receive. On a national advisory level, this changed a few years ago when the Occupational Safety and Health Administration (OSHA) released new anti-retaliation provisions to their injury and illness tracking rules. These updated provisions were intended to foster workplace environments where injured workers would feel comfortable with reporting an injury incurred in the workplace without having to fear the drug testing that previously came with it. In many states, current legislation reflects a more lenient stance towards drug and alcohol testing.

However, other states, including Florida, continue to have more strict statutory standards.

And considering the current state of the country that we live in – the national opioid crisis has become so severe that the chances of dying from an opioid overdose are now greater than the chances of dying in a car accident – understanding the drug testing that could be required in order for you to obtain workers’ compensation benefits is more important than ever.

Are Employers Banned From Post-Injury Drug Testing? And What Effect Can Drug Testing Have on a Workers’ Compensation Claim in Florida?

No. Workers’ compensation benefits are not typically afforded under Florida law if the injury is caused primarily because the employee is intoxicated or under the influence of drugs. Therefore, post-injury testing that reveals alcohol or drug use prior to an injury on-the-job has the potential to, unfortunately, stop you from being able to obtain workers’ compensation benefits.

Further, you should understand that while Florida employers do not have a legal duty to request an injured employee to undergo drug testing, employers qualify for certain discounts under statute 627.09154 for maintaining what is considered to be a “drug-free workplace”. And employers who have implemented this kind of workplace environment and informed their employees that they have done so have every legal right to require post-injury drug testing. And if an injured worker fails this testing, he or she can be barred from recovering workers’ compensation benefits.

I Have a Good Relationship With My Boss. Doesn’t That Mean I Wouldn’t Get Tested?

Unfortunately not. Despite how valuable of an employee you may be, every employer has an interest in the financial success of the business and perceived discounts for implementing post-injury drug testing can outweigh any preexisting relationship. Further, keep in mind that the individual you have day-to-day interactions with may not be the same person who is in charge of drug testing decision-making.

Are You Concerned About Drug or Alcohol Testing?

By Payer Law | Posted on March 14, 2019
We Handle All Types Of Personal Injury Cases