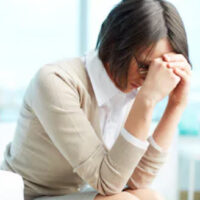 The University of Southern California recently announced a settlement with sex abuse victims who claimed that they were assaulted by a University doctor. The settlement of $850 million will be offered to hundreds of women who came into contact with the gynecologist.

This situation is reminiscent of the Larry Nassar lawsuits. Nassar, who was once U.S. Gymnastics’ most revered doctor, was accused of providing “remedies” to underage women that were little more than physical violations. Nassar is now in prison and U.S. gymnastics has to deal with the fallout of leaving someone in place for decades whose conduct was later determined to be sexual assault on minors.

Dr. George Tyndal remained a campus gynecologist for three decades before an avalanche of claims made it into the press.

How Does This Happen?

Tyndall, like Nassar, was highly revered. He exploited the power dynamic that is inherent in doctor-patient relationships to gratify himself sexually. Young women who saw Tyndall, many of whom were between the ages of 17-21, assumed that, like Nassar, they were receiving the same standard of care as everyone else.

In some cases, there were complaints. But the University did nothing, figuring that the student didn’t understand what the doctor was trying to accomplish. In that way, the University becomes the vehicle by which young women are exposed to a dangerous predator under the guise of medical treatment.

The MO of a Serial Predator

Anyone in their right mind would not have considered anything that Tyndall did to be any type of medicine. In one case, recounted by a woman who is now a sex crimes prosecutor, Tyndall asked her to disrobe and get up on an examining table. He then took pictures of the women in various poses and proceeded to falsely diagnose her with a sexually transmitted disease. She later learned that she did not have this disease. He then initiated an examination of her vagina without using gloves.

Young women who had to deal with this man were confused about what had happened. Many of them wanted to report the issue but were afraid of either not being believed or attacked themselves, as is common when a popular or well-respected individual is accused of sexual misconduct.

Tyndall is now facing criminal charges related to the assaults. Like Nassar, he could spend the rest of his life behind bars. The number of women he assaulted is unknown, but there are hundreds who have stepped forward to point the finger at Tyndall.

The University was held accountable for its role in not disciplining Tyndal for his sexual assaults. They, like many before them, attempted to bury the issue and continue to expose young women to a serial predator. That choice will cost them over $1 billion.

Institutions that protect serial predators are liable to the victims. Call Payer Law today to learn more about how our experienced Miami personal injury attorneys can hold bad institutions accountable for the damage they cause.

By Payer Law | Posted on May 13, 2021
We Handle All Types Of Personal Injury Cases