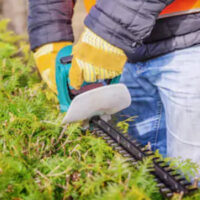 The Miami Herald recently reported that the groundskeeper at the stadium of French soccer team Lorient has died after lighting equipment fell on him following a game. The unidentified man was fatally injured in the accident shortly after the soccer team was beat by a competitor in northwest France. Oh has been reported that multiple Lorient players were still on the sidelines when the accident took place in one of the penalty areas. Sadly, the man died at a local hospital a short time later despite emergency personnel treating him on the field. According to a French news outlet, the city mayor has publicly asserted that police have begun an investigation into how the accident occurred.

Exploring the Workplace Risks for Landscapers and Groundskeepers

The people who are responsible for keeping lawns, shrubs, and plants on the grounds of a location looking beautiful may seem to have a job that comes without substantial risk. In reality, landscape workers and groundskeepers have many opportunities to hurt themselves on the job. According to the Centers for Disease Control and Prevention (CDC), the fatality rate for the landscape services industry is about 25 deaths per 100,000 workers which is similar to that for more recognized high-risk industries such as agriculture and mining. The CDC has also published statistics indicating that approximately 200 landscape service workers die each year as a result of workplace injuries.

How Does Workers’ Compensation Work in This Situation?

We Can Help After a Workplace Injury

Obtaining workers’ compensation benefits can be a complicated process and workers who have been seriously injured at their workplace need an experienced advocate who is working on their behalf. If you have been injured at work, you should have the assistance of a knowledgeable legal team filled with a compassionate staff who is working on your behalf until you obtain the results you desire. As the Miami workers’ compensation attorneys at Payer & Associates, we strive to provide effective legal advocacy to people who are injured while simply trying to make a living. Contact us today for a free consultation.

By Payer Law | Posted on February 5, 2021
We Handle All Types Of Personal Injury Cases