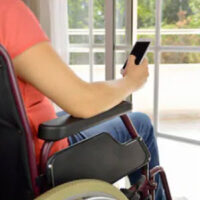 The Miami Herald recently reported that a purported Instagram model who has more than 270,000 followers was arrested after police say she tried to walk onto the field during Super Bowl 54. The 27-year-old allegedly jumped over a northwest rail to get onto a “restricted area” of the football field at Hard Rock Stadium while the Kansas City Chiefs were playing the San Francisco 49ers. She allegedly flashed her hot pink underwear to the crowd as she was being escorted out by security. A video of the incident has already gone viral which will no doubt help with her future endorsements and profits.

While we aren’t all striving to be Instagram influencers, it is important to recognize that the actions you undertake on social media can have an impact on your life. This is especially true when you have joined the ranks of the more than 12,000 people who are injured on a daily basis in this country and are pursuing a workers’ compensation claim.

What is the Relevance of Social Media in a Workers’ Compensation Claim?

A few decades ago, it was common for an adverse party’s defense counsel to hire a private investigator to follow an injured worker around in the hopes that he or she would do something incriminating that could be used to discount the worker’s credibility. While private investigators are still utilized, these days they are becoming less of a necessary tactic because injured workers discredit themselves without realizing it more often than they should.

Posting information about your life publicly on social media means that this information can be available to anyone who is looking. And while it may have occurred to you that future employers would likely seek out your online profiles, you may never have considered who else might search for you. However, you can be sure that the defense counsel representing your employer and/or its insurance company will be part of the crowd checking out your profile after a workplace injury. Therefore, it is imperative that you understand how to handle your social media after a workplace injury.

How Should Social Media Be Handled After a Workplace Injury?

There is significant danger associated with keeping your social media profiles active while you are pursuing workers’ compensation benefits. Therefore, the best thing to do after being injured at work is to temporarily shut down your online presence altogether by taking a break from posting anything. If you choose to post, make sure you undertake the following tips:

By Payer Law | Posted on February 28, 2020
We Handle All Types Of Personal Injury Cases