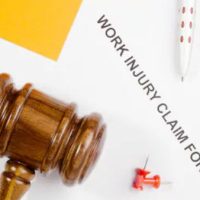 While idiopathic has one definition for the medical community, in terms of workers’ compensation, it refers to no-compensable injuries that occur outside of the scope of coverage. During your workers’ compensation claim, the insurance company may raise the contention that your injury is not compensable under the State’s rules by way of claiming the injury is idiopathic. That means simply that it’s peculiar or personal or of unknown origin.

A schoolteacher is escorting her children to the cafeteria when she falls down on the ground and injures herself. There is no obstruction, no slippery floor, and she wasn’t distracted by the students. She just falls for no reason. She files a workers’ compensation claim and that claim is denied on the basis of an idiopathic defense. In some states, the burden of proof would be on the worker to show how their injury is causally related to their work. In a case like the above-mentioned, the difference in the law can mean getting compensation or getting denied compensation.

The aforementioned case occurred in Georgia and the schoolteacher was denied coverage based on an idiopathic defense. She could not prove where she got the injury originally, and it was not related to any dangerous condition on premises. Her claim was denied, but under Florida’s rules, the employer/insurer would have to prove that her injury was idiopathic as opposed to the worker proving that their injury was employment-related. Because the burden of proof is on the employer, these 50/50 claims typically lean the way of the claimant, at least in our state.

Idiopathic defenses are often raised when an injury occurs due to a pre-existing condition. As an example, if a diabetic faints on the job and sustains an injury, the employer can claim that they are not responsible because the condition was idiopathic, did not arise as a result of their employment, and was not related to their employment duties. On the other hand, if the employer exacerbated that condition by preventing the employee from taking their break or something similar, then they would have a valid workers’ compensation claim.

Insurers will do what they can to deny claims that are ambiguous because they can stall the process while you live off of credit cards and pressure you into an early settlement or get you to back off entirely. Nonetheless, the idiopathic defense is the insurer’s burden to prove, not the plaintiffs. Call the Miami workers’ compensation attorneys at Payer Law today to schedule a free consultation and get the ball rolling on your recovery.

By Payer Law | Posted on December 17, 2021
We Handle All Types Of Personal Injury Cases