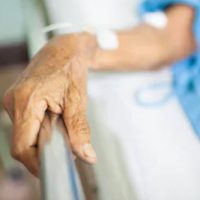 An investigation is underway after three nursing home residents died of poisoning at two separate facilities both run by the same health care principal. Two lawsuits have thus far been filed alleging insufficient staffing and negligent training as key factors in the death. In one case, a 94 died after ingesting “something food-related” but his family believes he ingested a cleaning substance while not being monitored. The 94-year-old had dementia and required supervision that he was not given by staff. The other two residents were accidentally served cleaning fluid instead of juice. Apparently, it’s difficult to tell them apart. Both were rushed to the hospital and died.

The families blame the staff for negligently serving a poisonous compound to elderly dementia-care patients.

According to the complaint, the incident occurred as one of the staffers began putting dishwashing liquid into a pitcher. At that point, a disruption occurred forcing the staffer to address the issue. She goes out onto the floor and leaves the pitcher. Meanwhile, another staff comes through, puts the pitcher on the breakfast cart, and begins serving it to residents. The problem here is that there was no one on the floor with the residents to begin with. It appears you have three staffers all hovering around this pitcher of dishwashing fluid, and no one is watching the residents forcing the one individual pouring the pitcher to stop what they were doing to address the situation. Hence, the plaintiffs believe that understaffing played a key role in creating the circumstances that led to the deaths of at least two residents.

No. It doesn’t. In fact, I’m not sure I’ve ever seen dishwashing fluid with the same consistency and color as cranberry juice. That being said, I can readily believe it exists and probably should not be used in a dementia care facility where it can be easily confused for a potable drink. While the company that crafted the dishwashing fluid cannot be sued, the nursing home that employed a product that looked like a common drink adored by seniors to clean dishes may be held liable for the lack of foresight.

Payer Law files lawsuits against negligent nursing homes for injuries and deaths caused by understaffing and other forms of negligence. Call today to schedule a free consultation with our Miami personal injury lawyers and learn more about how we can help.

By Payer Law | Posted on October 28, 2022
Skip footer and go back to main navigation