Teacher Gets $75,000 After Being Fired After Workers’ Comp Claim 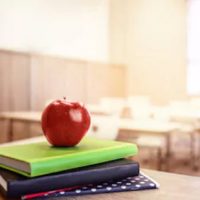 You’ll see a lot of these. An employee suffers an on-the-job injury and either struggles to do their job or can no longer do their job without accommodation. Rather than follow the law, the employer terminates the employee’s workers’ compensation benefits and lets them go. That was the case with one teacher who recently sued for and won $75,000 from the school district for retaliation and Americans with Disabilities Act violations. So, what begins as a workers’ compensation claim ends up becoming civil rights and discrimination lawsuit.

These are quite common, as a matter of fact. Employers, even (and especially) government employers must follow strict rules when it comes to hiring and firing. If an employer can make a reasonable accommodation to an employee who is disabled, they must, under the law, make that accommodation. The issue is clouded when the employee’s condition is acquired on the job.

A 21-year veteran teacher was fighting off cancer when she fell and injured her leg at school. The teacher went on workers’ compensation while she was receiving treatment for both cancer and her injured leg. However, her cancer treatment interfered with her knee surgery so the surgery was forestalled. The teacher attempted to reschedule the surgery, but was unable.

In May of the same year, her employer switched her physician for the purposes of workers’ compensation. The physician told her that he was assessing her physical health for the district. Two months later, the district ended the teacher’s workers’ compensation benefits. The teacher filed a petition to reinstate the benefits but ended up returning to work the next month.

At this point, the teacher was teaching multiple classes in multiple classrooms on multiple floors. She asked the principal of the school to provide accommodation for her disability, allowing her a static classroom where she didn’t have to move around a lot. The teacher stated that if accommodations were not provided, she would take the matter up with the district. The principal was not impressed by her request and denied it outright informing the woman that she had made a mistake by threatening her. Needless to say, the teacher was not provided accommodations and instead was made to walk in pain throughout the course of the day. Eventually, she took a leave of absence and filed a lawsuit against the district recovering $75,000.

When you hear about the government getting hit with a civil rights lawsuit concerning employment discrimination, it’s usually due to some political beef between the two parties, or you have a supervisor who thinks the law doesn’t apply to them. In each case, the plaintiff ends up walking away with at least a year’s salary. So, the tendency is for the strategy to backfire.

If you are struggling with your employer to get the benefits you’re owed under the law, the Miami workers’ compensation attorneys at Payer Law can help litigate your claim and force your employer to pay up. Call today to learn more!

By Payer Law | Posted on September 30, 2021
We Handle All Types Of Personal Injury Cases