Summer is Here and so is the Heat: the Risk of Heat-Related Workplace Injuries 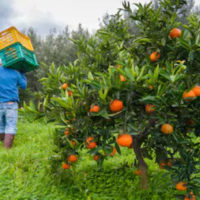 By this point in the year, there is no denying the fact that it’s hot outside – even for this state of Florida. Though we are all struggling with the heat and humidity that comes with this time of year, most of us simply walk through it to get from one destination to another. But unfortunately, for some workers, working outside is a part of everyday life and they are exposed to the elements more than most of us. And unfortunately, heat-related injuries can be common for these workers who spend a significant amount of time outside, and this is especially true this time of year.

What Example of a Worker Being Injured Because of Heat-Related Exposure Was Recently in the News?

The Miami Herald recently reported that one company is facing significant fines after the federal government determined that it failed to protect its employees from the heat while they worked at a Stock Island job site. The Georgia-based company also reportedly failed to timely report that an employee suffered heat exhaustion and ended up in the hospital after working in direct sunlight while wearing the required protective clothing during welding and fabrication work. The day that incident occurred, the heat index ranged between 83 and 88 degrees.

And unfortunately, this isn’t the only employer reportedly putting its employees in jeopardy as the Sunshine State heats up. Just a few months earlier, the Herald previously reported that the U.S. Postal Service was fighting a fine of almost $130,000 for making mail carriers deliver mail in heavy heat.

How Often Are Workers Injured Because of Heat-Related Exposure?

Unfortunately, high temperatures can be especially dangerous to people who are working in the heat and these injuries can lead to injuries, illnesses, and even death. According to the Bureau of Labor and Statistics, in 2015 exposure to environmental heat led to 37 work-related deaths and 2,830 nonfatal occupational injuries and illnesses involving days away from work. Addressing what is most likely an unsurprising fact, 33 of the 37 fatal work injuries caused by exposure to environmental heat occurred in the summer months of June through September.

What Kinds of Workers Face the Highest Risk?

While any worker can face an injury as a result of exposure to heat, those in certain industries obviously face a greater risk because they spend more time outdoors. These industries can include professions such as those working as:

Have You or a Loved One Been Injured Due to a Heat-Related Exposure?

Unfortunately, a case of sunburn isn’t the worst thing that workers may have to deal with in summer months. Whatever implications of heat-related exposure that you are facing as an injured worker, you need the right legal team on your side to fight for you and ensure that you maximize your rights. The Miami workers’ compensation attorneys at Payer & Associates have helped many workers who have been injured at work due to heat exposure and we can help you obtain the compensation you are entitled to. Begin by contacting us today to schedule a free consultation.

By Payer Law | Posted on August 5, 2019
We Handle All Types Of Personal Injury Cases