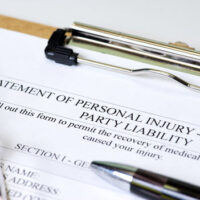 Two women have filed a lawsuit against the Hand and Stone Spa in Fort Myers. The women say that they were sexually battered by the same employee who touched them in inappropriate areas and pressed his genitals into the women. Both women claim that Joshua Lowman, 37, sexually assaulted them under the pretense of providing them with a massage. A similar complaint had been filed against Lowman at his last job.

The two lawsuits accuse the spa of negligently hiring a sexual predator, failing to perform due diligence on their recent hire, and exposing their customers to avoidable danger. The two women are demanding a jury trial and an award of greater than $1 million.

To sum the spa’s argument: Our employee did not sexually batter two different women on the same day, but even if he did, we’re not liable because we don’t provide sexual battery services to our customers. Well, neither do nursing homes, but you don’t see them using those arguments to defend themselves from claims that their employees abused residents. Why? Because it’s a nonsense argument that anyone with an iota of common sense would immediately see through. Further, it was the spa’s failure to conduct a background check on their recent hire that exposed their customers to danger.

A request for comment from the spa yielded the news that the spa was a franchisee and that the location from which reporters were attempting to elicit a comment has nothing to do with the other location. The question then becomes: Is the franchise liable for the negligent hiring of one of its franchisees? As an example, if you slip and fall at Burger King, do you sue Burger King the corporation, or the individual Burger King?

If you’ve been injured by the negligent or malicious conduct of a business, call the Miami personal injury attorneys at Payer Law today to schedule a free consultation and allow us to begin building your case immediately.

By Payer Law | Posted on April 15, 2021
We Handle All Types Of Personal Injury Cases