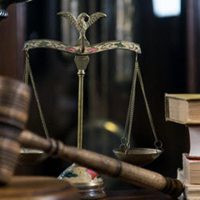 Lawsuits against social services for failing to act on behalf of a child are impossible to win. They are essentially prohibited by statute and SCOTUS has heard several cases on the matter of law enforcement failing to intervene and always come down on the side of law enforcement. While internal department pressures can be placed on individual employees who fail to act in the best interests of the public or a child, a member of the public can never file a personal injury lawsuit against a government official over what they failed to do or a decision they made. They can sue if the social worker comes into the home and starts abusing the child. This is similar to the rules involving law enforcement. You can sue law enforcement for the unjustified use of force. You cannot sue law enforcement for failing to intervene on your behalf.

The precedential lawsuit involves a mother who was attempting to enforce a restraining order against her former husband. The police failed to respond to multiple calls of the father attempting to show up at the mother’s house. The father eventually did show up with a gun and kidnapped the children. He killed the children, and then died in a shootout after he opened fire on a police station. The mother sued the police department for failing to enforce the restraining order, but ultimately lost her bid to pursue the lawsuit. Again, the government can never be held responsible for failing to intervene on behalf of the public. The Parkland parents are now learning this for themselves.

Suffice it to say, the child’s father, the mother’s father, school officials, and more had reported ongoing abuse and neglect of the child prior to his death. Nonetheless, ten days before the child’s murder, a judge granted a request to keep the child in the custody of her mother. The mother had ongoing mental health issues for which she was refusing treatment. The mother’s father testified against her during the hearing. It all went wrong, and now the child is dead. The father is suing the state for failure to act.

Can this suit move forward?

The matter would be determined on a state-by-state basis, but traditionally, such lawsuits have been quashed by sovereign immunity. Minnesota has a narrower basis for sovereign immunity when it involves social workers taking care of children. The matter was brought forth under similar circumstances when loved ones warned the state about abuse and the state failed to act, eventually resulting in the death of the child. In Minnesota, legislation created a narrower basis for sovereign immunity allowing social workers to be held accountable when they have a statutory duty to act and they do not. In this case, the social workers failed to report the abuse to authorities. However, there is still a question as to whether or not the failure to act was “the proximate cause” of the child’s death and if social workers can be held liable for the child’s death under the law.

By Payer Law | Posted on September 30, 2022
We Handle All Types Of Personal Injury Cases