So You’ve Been Injured at Work – Should You Pursue Workers’ Compensation Benefits or a Personal Injury Lawsuit? 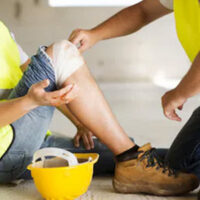 Many of the 4.6 million workers who are injured every year while working in the scope of their employment struggle to understand their next steps and the rights they have to recover compensation for their medical bills, lost wages and other expenses. One of the biggest questions that many injured workers have is whether they should be pursuing workers’ compensation benefits or a personal injury lawsuit. Today we are attempting to offer some clarity on this issue.

Initially, it is important to understand that Florida’s workers’ compensation statute generally covers work-related injuries that occur at a workplace. Under this statute, injured workers may obtain benefits that can cover medical costs as well as income that is lost due to temporary or permanent disability on a partial or total basis. And in the most serious situations where an employee is killed while working, the workers’ compensation system will even allow for death benefits to be paid out to dependents. In addition, the process of obtaining workers’ compensation in the Sunshine State is not based on fault which means workers are generally entitled to obtain benefits regardless of who caused their accident.

But What if Someone Else Was Involved in the Accident?

While employers are generally immune from liability in negligence actions brought by employees for injuries occurring in the course and scope of employment, workers may still be able to hold other parties accountable through third-party personal injury lawsuits. These claims can be brought if any non-employer was responsible for causing the work injury. Anyone from a coworker whose negligent actions contributed to a workplace injury to the manufacturer of a product that was defective and caused the injury can be the potential target of a third-party claim.

We Are the Legal Team You Can Depend On

Whether you have been injured at work during the scope of employment or somewhere else in an accident resulting from someone else’s negligence, you should not hesitate to reach out to an experienced legal team. As the Miami workers’ compensation attorneys at Payer & Associates, we have a wide range of varied experience that you can rely on to help you successfully obtain all of the compensation that you deserve after an accident. Reach out today to begin.

By Payer Law | Posted on August 7, 2020
We Handle All Types Of Personal Injury Cases