Snapchat Sued After Sexual Relationship Between Student And Teacher 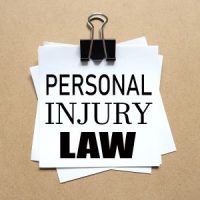 A Texas family has filed a lawsuit against Snapchat alleging that the social media company facilitated a sexual relationship between a student and their teacher. The lawsuit claims the social media platform allowed the teacher to groom the student for an inappropriate sexual relationship. Lawsuits have also been filed against the district and the teacher. At the time, the district did not have any policy prohibiting social media communication between students and teachers. The teacher was female and the student was male.

According to the lawsuit, the teacher sent seductive photos of herself to the student with solicitous messages over the communication platform. She also allegedly provided the student with money and drugs and encouraged the student to take the drugs prior to their meet-ups. The relationship with the teacher was discovered after the child overdosed on the drugs. The teacher has been charged with one count of indecency with a child.

The parents accuse Snapchat of monitoring conversations for the purpose of advertising campaigns but failing to do so for the protection of its users. The parents further accuse the platform of making it easy for sexual predators to target children online.

The allegations against Snapchat will be the hardest to win. However, organized initiatives against online sexual predators have created awareness around how social media platforms are exploited by victimizers. New laws could require Snapchat to place restrictions or monitor interactions between adults and children. However, it remains unclear how the plaintiffs will prove that Snapchat is liable for the conduct of one of its users.

Allegations against the school district

The plaintiffs contend that this particular school district has a history of complaints against it involving inappropriate contact between students and teachers. However, the district failed to train employees to spot the signs of inappropriate contact and had no policy concerning interactions between students and teachers on social media platforms. The allegations against the district are quite strong. In these cases, the district and school are responsible for the conduct of their employee, so they are liable to the abused student.

All parties involved are going to have a difficult time explaining how they allowed this to happen, but the district, in particular, is facing the most serious allegations. They are accused of not only allowing this situation to grow and fester, but also of having allowed similar situations to unfold in the past. In other words, the district is accused of failing to protect children from predatory teachers, negligent hiring and retention, negligent supervision, and a litany of other failures that contributed to this abuse.

If you have been injured due to the negligence or malice of another party, you are entitled to recover damages related to your injuries. Call the Miami personal injury lawyers at Payer Law today to schedule a free consultation and we can begin discussing your options immediately.

By Payer Law | Posted on April 27, 2022
We Handle All Types Of Personal Injury Cases