Smile, You’re on Camera! The Impact of Video Surveillance on Your Workers’ Compensation Claim 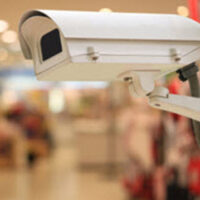 It seems like cameras are everywhere these days and that includes in many workplace environments. According to the results of one study, upwards of a billion surveillance cameras are expected to be watching around the world in 2021. In some cases, video footage can help an injured worker successfully obtain benefits that he or she may be entitled to under Florida’s workers’ compensation statute. However, in other situations, video surveillance can actually be used by an employer to disprove a worker’s assertions and prevent him or her from obtaining the compensation that might otherwise have been afforded. As video surveillance footage can literally make or break your claim, every worker should understand the impact it can have on a claim for benefits in the event of a workplace injury.

As stated above, there may be cameras in your workplace. However, this is far from the only place they may be located and the footage that can become a factor in the outcome of your claim may actually be recorded weeks or even months after the incident that led to you being injured. It is important to understand the types of surveillance that might be used which include:

How Can Injured Workers Avoid a Claim Being Affected By Surveillance Video?

Because injured workers are finding themselves being recorded more often than ever before, it is more important than ever to fully understand that the insurance company’s primary goal – which is shared by your employer who is concurrently paying premiums to that company – is to pay you as little as possible and instead ensure that you return to work quickly. One of the ways that the insurance company will attempt to do this is with surveillance video that demonstrates that an injured worker is better off than he or she claimed. Therefore, it is imperative that you:

Reach Out For Help Today.

By Payer Law | Posted on July 10, 2020
We Handle All Types Of Personal Injury Cases