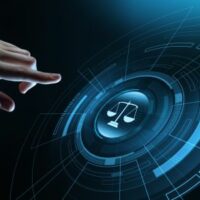 The life-cycle of a lawsuit in as few words as possible:

Not every lawsuit follows this life-cycle, but the largest ones do. The lawsuits that ensued from the defective Takata airbags that killed nearly 30 people followed this trajectory. Takata now only exists as a shell company that handles claims against Takata. The company “Takata” was essentially executed by the several billions they were required to pay to the families of those who died and those who were severely injured by their exploding airbags.

Now, Purdue is following the same trajectory after losing billions in opioid lawsuits related to the manufacture of its very successful recreational painkiller, Oxycontin. Purdue filed for bankruptcy (Chapter 11) which will allow the company to propose a plan that pays off its creditors/plaintiffs. However, attorneys for the plaintiffs are not pleased by this plan at all. The sum that Purdue is paying is several times the size of the one Takata paid, largely, because there are many more victims.

Long before we were all social distancing, opioids had ravaged communities in both the city and rural areas. The problems in rural areas were easier to spot because they have lower populations. Meanwhile, drug stores in these areas were getting massive shipments of Oxycontin and other opioids that could have met the needs of a population hundreds of times its size. Where did the pills go? They went to pill mills that supplied the drugs to addicts on the street.

This has led to a situation where Purdue and the Sackler family have been called a “criminal organization” and drug dealers. It has led to some successful criminal prosecutions against some company executives from Purdue and beyond.

In Florida, if a drug dealer supplies drugs to an addict and that addict dies in an overdose, the drug dealer can be charged with murder. It would be fair if we could hold those responsible for the opioid epidemic individually responsible for the millions of lives they destroyed when they falsely advertised their medication as “less addictive” than opioids that came before. However, that isn’t going to happen.

Now in bankruptcy, Purdue is trying to restructure their company so that they can pay off at least some of the money they owe. The dollar amount is expected to be well over $10 billion. The creditor/plaintiffs recently rejected a $10 billion plan to create a victims compensation fund.

If you’ve been injured due to a defective or dangerous prescription drug, call the Miami personal injury lawyers at Payer Law today to schedule a free consultation and discuss your injury in more detail.

By Payer Law | Posted on April 29, 2021
We Handle All Types Of Personal Injury Cases