Pub Golf Outing Results In Loss Of Part Of Skull 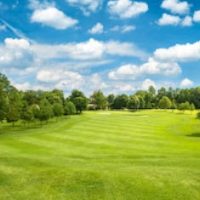 We don’t normally talk about lawsuits filed in other countries, but we can pretend this lawsuit was filed in the United States and theorize on how it would play out if it were filed in our home state of Florida. Besides, it’s too weird not to share.

One UK employee has filed a lawsuit against his employer after a night of Pub Golf went way over the top and the man found himself in the street missing part of his skull. According to the lawsuit, the company encouraged employees to consume alcoholic beverages in as few sips as possible, recorded the scores, and then assigned winners. The man only remembers waking up four weeks later with part of his skull missing. His doctors told him he must have collapsed but passed out before he hit the ground, because he made no effort to break his fall. His doctors have called him a “walking miracle” but the man wants his employer to pay for his injuries and encouraging dangerous conduct.

How would this lawsuit work in Florida?

Who was primarily negligent?

It’s fair to blame the worker for not being able to hold their liquor, so we need to do some work before we lay the blame at the feet of the employer. Notable facts concerning this case include that the organized company activities were mandatory. The company is also accused of making a “competitive virtue” of excessive drinking. Company documents indicate that the company expected everyone to attend. The only individuals who could avoid the rager were those with a doctor’s note stating that they could not drink. So, the company put extraordinary pressure on their employees to attend the event and then drink as much as they could.

A Florida jury would likely sympathize with this defendant but still assign him some of the blame for his injuries. So, let’s say that a jury returns a verdict in favor of the plaintiff for $2 million and states that his employer is 75% responsible for his injuries. The total recovery would be 75% of $2 million, or $1.5 million. However, injuries that result in permanent disfigurement can go for much more. Plus, there is a potential to develop further complications down the line and part of the man’s brain is missing. He still works at the company, however.

By Payer Law | Posted on November 17, 2022
We Handle All Types Of Personal Injury Cases