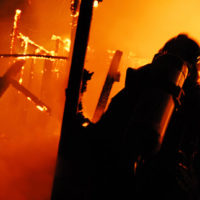 Workers, civilians and vacationers may endure unspeakable pain from premises liability accidents on occasion, but what few can fathom is when those accidents incite explosions that cause agonizing burns from head to toe. Burn and explosion accidents in Miami happen on land, sea and air, with none having pleasant endings to their story.

One of an attorney’s more difficult undertakings in these accidents involves proving willful negligence caused an explosion to occur. And while victims lay helplessly in bed waiting for justice, it’s the attorney’s job to fight an uphill battle for injured persons.

Looking for Evidence that May Be Destroyed

Negligence in car accidents is relatively easy to find; cameras, witnesses, and admissions of guilt from drivers help prove these cases.

Producing evidence that an employer, landlord, recreational activity hotspot or hotel performed an action that induced an explosion is hard. Not impossible, but hard, considering accelerants may disappear in the wall of flames it created, and matchbooks that lit fires are often flung into the flames.

In collecting evidence that proves another party acted recklessly, a much wider net must be cast. For example, gas explosions may occur when built-up pressure goes undetected, killing several employees; similarly, allowing untrained personnel around hazardous chemicals could cause an unsafe mixture to be made, inducing yet another explosion. Incendiary materials mishandled by personnel purportedly trained to handle them can cause burn injuries, too.

Regardless what environment burn and explosion accidents occurred in, evidence exists somewhere, even if it’s partially destroyed. The right attorney will make sure every nook and cranny is unearthed so overwhelming evidence can be presented to the offending party’s counsel.

What Happens After Evidence is Corralled?

Once every person has been interviewed, pictures and other evidential necessities are safeguarded and all statements are collected, it’s time to approach counsel for the negligent party.

Negotiating fair settlements given the extent of victims’ burns, surgical procedures needed to graft skin onto burnt areas, missing work and loss of consortium is the end game here. Anything less than phenomenal will not work. In fact, anything less than an apologetic approach to a victim’s tragedy will often be met with greater demands by the attorney handling the claim.

Burns and explosions are serious, especially those caused by illegal explosive devices. There’s little else to be said, but there’s much to be done.

An injury happened to you or your loved one. Your standard of living has taken a massive hit. Bills, including mortgage, are falling behind. And even months after the incident, indescribable pain is commonplace despite numerous surgeries and pain medication. It’s obvious an employer, entertainment center, premises owner or negligent driver imposed this burn pain.

Following through with willful negligence claims will prevent victims from being burned twice. But don’t work alone; an attorney with experience litigating explosions and burns that result from them can intervene in ways laypersons cannot. When their work is done, victims not only get closure, but compensated for their horrific burns that either injured them, or took their lives.

Burn and explosion victims are urged to contact Payer & Associates immediately so what evidence is left can be preserved, and further facts can be unveiled to build an ironclad case. Our dedicated Miami attorneys are eager to assist you today.