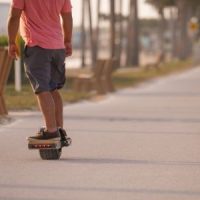 Onewheel is a type of vehicle that a rider stands on. It has a board sort of like a skateboard but is electrically powered. The rider stands on the board and leans back to slow down or forward to speed up. If a rider accelerates too quickly, goes down a steep incline, or the battery begins to run down, the device has a feature called “pushback” which prevents the board from going too quickly. It is specifically this safety feature that is the subject of a wrongful death lawsuit filed in Colorado.

According to the plaintiffs, the pushback feature malfunctioned causing the rider to be propelled from the board. The lawsuit states that the man struck the pavement and lost consciousness. He temporarily regained consciousness after paramedics arrived but had to be rushed to the hospital shortly thereafter when his symptoms worsened. He was brought to the hospital and later airlifted to a trauma center where emergency surgery failed to improve his condition. He later died of his injuries.

Allegations against the company

Onewheel is accused of designing a potentially dangerous device. This is not the first time the company has been sued over injuries suffered by users. At the heart of the matter is the pushback mechanism which prevents the board from going too fast. In at least one case, the pushback mechanism is accused of propelling a rider off the board which ultimately led to his death.

Even if those allegations prove unsupportable, the defendant may still be liable for this wrongful death lawsuit. When it comes to the manufacture of products, companies have a broad duty of care to ensure that customers are kept abreast of any potential safety hazards. In cases where a customer uses the device in a way that could be reasonably anticipated by the company that manufactured it and are injured, the company is generally automatically liable for the injuries.

However, if the company failed to issue a recall over a known safety defect and allowed more customers to be injured, the company could be held liable for willfully entering a dangerous product into the stream of commerce without warning customers about the potential hazards. This could result in an award of punitive damages being entered against the company.

However, we haven’t gotten that far yet and the design of the board makes it common sense that such injuries are possible. Anyone can readily predict that if the board stops suddenly, the rider would be thrown off of it. The company will likely argue that the dangers were open and obvious and that their pushback mechanism prevents more injuries than it causes. Nonetheless, they will still likely owe this family money.

Payer Law represents the interests of those who have been injured by dangerous or defective products. Call our Miami personal injury attorneys today to schedule a free consultation and we can begin preparing your case immediately.

By Payer Law | Posted on June 10, 2022
We Handle All Types Of Personal Injury Cases