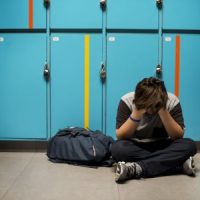 The parent of a middle school boy has filed a $1 million bullying lawsuit against the school district. Every school district has a process in place for managing situations like this. In these cases, parents can file complaints with the district, and the district needs to be notified of ongoing problems. In this case, the parent contends that despite numerous complaints about his son’s treatment, the district failed to act or even report the issue. The parents were never notified of their right to file a complaint, and thus his son endured several more years of bullying while nothing was ever done.

The parents are suing on the basis that there was a massive lag in between when they first expressed concerns over the treatment of their son at school and the school even acknowledging the problem existed. This is a strong foundation for a personal injury lawsuit because the teachers and the principal had fair warning about the mistreatment of their student and failed to act.

It’s nearly impossible to win a lawsuit on the basis of emotional harm alone. Someone can emotionally harm you, but you can sue only if the conduct is so outrageous that it offends the very core of our moral center. In other words, no one wins these lawsuits except for a fraction of a percent of plaintiffs.

Yet when the emotional abuse is accompanied by physical abuse, the emotional abuse argument becomes much, much stronger. You can add an allegation of “intentional infliction of emotional distress” to a personal injury claim when there is a physical injury and that element of the allegations acts as an intensifier opening up the plaintiff to recover more damages.

In this case, the student claims that he was physically and emotionally abused by the other student and that his brother, who was in first grade, was threatened.

Among the allegations leveled against the school district are that the student’s academic performance declined as a result of the emotional toll of the bullying. Since his academic performance can have an impact on his future, the district’s failure to step in is going to be litigated on the ground of lost future wages driving up the damage demand significantly.

Efforts with the district

The boy’s father made an extensive effort to resolve the issue with the principal. The principal said they would launch an investigation, but nothing ever happened. The choice was made to keep the boy’s apart and talk to them individually. However, the bullying only got worse from there. When a new principal came into the school, he had no reports of the bullying occurring between the two students. The former principal had not so much as kept a record of the complaint. After years of trying to get the district to do something, the father filed a lawsuit. Now, the district will be compelled to defend itself from a $1 million suit alleging extreme negligence bordering on casual indifference.

Your children may have to endure casual bullying from classmates, but they don’t have to endure systematic predatory attacks conducted by one student against another. The district must intervene. If your school district is ignoring your concerns, call the Miami personal injury attorneys at Payer Law, and they will wish they had handled the matter according to policy.

By Payer Law | Posted on November 19, 2021
We Handle All Types Of Personal Injury Cases