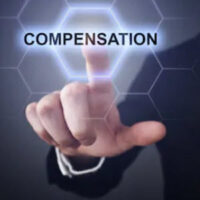 These are definitely our favorite types of cases—those that blur the line between workers’ compensation and personal injury. In this case, you have a Publix employee who contracted the illness while on the job. He died a week later. His family filed a lawsuit against Publix after they learned that administrators were preventing employees from wearing PPE during their shifts for fear of scaring off customers. The man worked in the deli alongside another individual who was showing symptoms of the illness.

When given the choice, employers will always want to push a case through the workers’ compensation system. However, their insurers don’t always play ball. Publix wants this case to move through workers’ comp but the plaintiffs are arguing that Publix’s negligence was “gross” and “willful”. Lawsuits against employers can happen, but the standard of proof is higher than typical injury lawsuits and much higher than workers’ compensation which is a no-fault system.

On the basis that the death occurred as a result of an on-the-job injury, Publix argued that the lawsuit filed by the family of the deceased worker should be tossed. However, a judge denied that motion finding that the plaintiff’s arguments held merit due to the extent of the negligence.

Essentially, the worker who died was dead before he ever walked in the door. He just didn’t know it yet. As a 70-year-old man, he was high-risk for the worst complications of the disease, and his employer forced him to work next to an individual for eight hours on multiple days who was showing symptoms of the disease. Further, this worker and the deceased worker were both prevented by their employers from following recommendations made by the CDC.

Publix will argue that the death seems on the surface to have been unavoidable but at the time, the CDC had yet to recommend wearing masks or put mask ordinances in place where it was difficult to socially distance. Obviously, the judge who presided over the motion to dismiss was unmoved by Publix’s claims that they couldn’t have known that they were placing their worker in danger. Of course, by then, people stateside were dying and it had already created major problems in China and Italy.

If you’ve been injured due to the negligence of another individual, you are entitled to recover damages related to your medical expenses, lost wages, and reduced quality of life. Call the Miami personal injury attorneys at Payer & Associates today to learn more about how we can help.

By Payer Law | Posted on April 23, 2021
We Handle All Types Of Personal Injury Cases