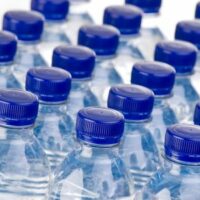 The makers of a Las Vegas-based company that produces a bottled water brand called “Real Water” are being sued by multiple plaintiffs. In at least one case, a woman is alleged to have died as a result of toxic exposure after consuming Real Water. Other plaintiffs have had symptoms such as nausea, vomiting, jaundice, abdominal pain, and dark-colored urine. One man claims that real water directly caused his liver to fail and required that he have a liver transplant.

What is Real Water?

Real Water is tap water that is derived from Las Vegas’s water reserves. According to the company, the water undergoes a distillation and refinement process before it is packaged to consumers. The claims against the manufacturer of Real Water have drawn the attention of the FDA. The FDA issued a statement saying that consumers should not drink Real Water, cook with Real Water, or purchase Real Water. While the product has been pulled from the shelves, it may still be available online.

The FDA also issued a statement saying that they cannot determine how the water was contaminated because the Real Water company will not allow them to access any of their three facilities. Real Water has also failed to accommodate requests for information. Further, Real Water is attempting to collect used or unused 5-gallon jugs of their product from consumers who subscribe to their delivery service. Lawyers say that under no circumstances should these containers be relinquished. Instead, they advise subscribers to bring their jugs of water to an attorney.

Since Real Water won’t allow the FDA on-premises, we don’t know what’s going on. But chances are good that the water became contaminated with some form of heavy metal, arsenic, lead, or any of a number of other heavy metals that can be present in undistilled tap water. Since the company produced the water that led to the injuries, the company is strictly liable for any injuries caused by their negligence. However, the company is also in the process of stonewalling the FDA and federal authorities attempting to conduct an investigation of the matter.

Nonetheless, if the case goes before a jury and the plaintiffs parade one victim after another who suffered symptoms from Real Water, chances are good that the plaintiffs will not need corroborating evidence to make a claim. You don’t need to necessarily know why someone was injured to determine whose fault the injury is. Nonetheless, that information tends to strengthen claims against defendants and put plaintiffs in a better position to argue for damages.

If you have been injured by a dangerous or defective product, call the Miami personal injury attorneys at Payer & Associates today to schedule a free consultation and discuss your injuries in more detail.

By Payer Law | Posted on July 9, 2021
Skip footer and go back to main navigation