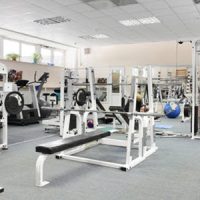 A lawsuit has been filed against a proprietor offering spin bikes to guests after a minor was critically injured on one of their bikes, according to a recent complaint. The parents weren’t around at the time of the injury. The minor suffered such extensive injuries that they were confined to a hospital bed for a period of time.

The parents blame the proprietor for allowing the child access to the bike, for failing to keep the bike in good working condition, and for failing to respond to an injured guest in a timely fashion. Below, we’ll take a look at the claim.

The second element of negligence involves what the facility did not do. According to the plaintiffs, the lack of mats on the floor, the failure of staff to notice a minor using the bikes, and the failure of the staff to properly train the minor on the use of the bikes is actionable. While technically accurate, juries tend to wonder where the parents were when their child was injured. Juries are seldom sympathetic to parents who leave their children with staffers to babysit. However, if the facility violated a Florida statute on safety in public gym areas, then it may not matter.

Lastly, the facility is being accused of failing to provide adequate first aid to the child after the injury.

Typically, a gym would place restrictions on children using their machinery. This is a liability issue for them, so they take it very seriously. If the child accessed the machine and the facility stated that minors were not allowed to use them, then it could defeat a negligence claim on the grounds of what they did not do. On the other hand, the bike itself was dangerous according to the plaintiffs, so that element would survive regardless. If you place a dangerous product within the access of a guest or customer, then you are responsible for any injury it causes.

In this case, the strongest claim is that the bike itself was defective and the child happened to choose the wrong one. Parents who fail to supervise their children can have a difficult time suing when their children are injured. The staff at gyms are not expected to be babysitters.

Injured at the gym? You may be able to file a lawsuit against the proprietor and recover damages related to your injuries. Call the Miami personal injury lawyers at Payer Law today to schedule a free consultation and learn more about how we can help.

By Payer Law | Posted on September 15, 2022
We Handle All Types Of Personal Injury Cases