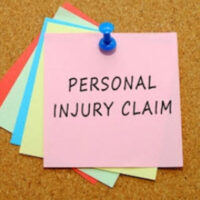 This may sound like another one of those “junk lawsuits” we keep hearing about, but the fact is, very few “junk lawsuits” ever make it to a jury. That includes the case of the elderly woman who spilled hot coffee on herself. Her lawsuit became the subject of an HBO documentary. If you’re cringing in horror over the fact that people can sue over coffee they spilled then congratulations, you believe exactly what the corporate lobby wants you to believe. In fact, that woman’s lawsuit, which was quite successful, became the springboard for all sorts of “tort reform” legislation that supposedly protected businesses from greedy customers.

There Was an Old Woman Who Spilled Coffee on Herself

The lawsuit never sought to establish that McDonald’s was responsible for the spill. Instead, the lawsuit focused on the fact that the coffee itself was served at 180 degrees. When the woman spilled the coffee on herself, the burns were so severe that they required skin grafts. As a result of the lawsuit, McDonald’s no longer serves its coffee near the boiling point.

A Man Bites into a Chicken McNugget

According to the plaintiff, he had just ordered Uber Eats with his wife. The two were enjoying their meal when he bit into the McNugget. He immediately felt excruciating jaw pain and later pulled a bone from inside of his mouth. He had a toothache and a headache for the next few days. A dentist later discovered two microcracks. Microcracks can be quite painful. Further, the tooth cannot always be saved, meaning that the plaintiff would require a dental implant.

McDonald’s issued a boilerplate response stating that they take the allegations seriously and are investigating the claim.

Will the Man Win His Lawsuit?

The man will win his lawsuit, but his asking price is quite high. He told the press that he hopes to “send a message” to McDonald’s since their McNuggets are supposed to be boneless. That would, ostensibly, stop this from happening again. Unfortunately, just about any fast food restaurant can make that mistake. On a long enough timescale, all fast-food restaurants will face a lawsuit related to a customer biting into something that has something hard inside of it. That doesn’t mean that McDonald’s shouldn’t pay for his medical expenses, but it would be unwise to expect punitive damages in a lawsuit like this. He will be paid the cost of dental expenses and something extra for pain and suffering.

If you’ve been injured due to a befouled McNugget, call the Miami personal injury attorneys at Payer Law today to schedule a free consultation and learn more about how we can help.

By Payer Law | Posted on April 1, 2021
We Handle All Types Of Personal Injury Cases