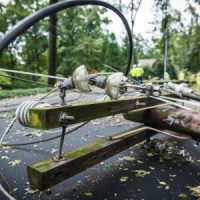 A tow truck driver filed a lawsuit against a utility company after he suffered severe electrocution injuries while trying to tow a vehicle. The man blamed the power company for failing to secure the power lines that caused his injury. However, the utility company prevailed at trial after they were able to convince a jury that the man’s injuries were too severe to be the result of an electrostatic current. They also argued that they were in compliance with all public regulations regarding the proper safeguarding of power lines. They thus implied to the jury that the man must have touched the powerline and thus his injuries were his own fault, not the utility’s.

The plaintiffs failed to provide expert witnesses who would testify that the man’s injuries were the result of an electrostatic current that had escaped the lines themselves. Sometimes, this does happen. Stray electricity can flow through the air and shock a person, resulting in serious injuries. The experts, however, would not corroborate the plaintiff’s claim and hence, the plaintiff lost his trial.

It’s their powerline, why aren’t they responsible?

If you’re in the plaintiff’s camp on this one, you’ve likely asked yourself how the power company won a lawsuit in which their powerline obviously caused an injury to an unsuspecting member of the public. The problem for the plaintiff is that you have to prove that the power company was negligent. In some cases, weird things happen and no one can predict the outcome. Negligence lawsuits are often filed on a theory of foreseeability, especially when it comes to property torts.

The plaintiff needed to establish one of several factors:

Had the plaintiff been able to establish even one of those factors, the plaintiff would have likely won his lawsuit. However, there were questions as to how the plaintiff sustained injuries as severe as his without physically coming into contact with the power line. His own expert witnesses balked at stating that these injuries were similar to other electrostatic shock injuries caused by power lines. Ultimately, he could not pin the negligence on the company and thus, lost his personal injury lawsuit.

By Payer Law | Posted on November 11, 2022
We Handle All Types Of Personal Injury Cases