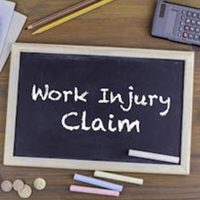 The application of the rules differs from state to state and some of the rules are different too when it comes to workers’ compensation. In some cases, it can be very difficult to determine whether or not an injury is work-related or not. In one case, a New Jersey librarian was injured in her library’s parking lot when she was struck by a snowplow. She was on her way home at the time of the accident.

An appellate court ruled that the incident was not work-related because it occurred during her commute to her car from her job on her way home. Typically, commute injuries are not compensable under workers’ compensation. However, in this case, that would have afforded the librarian the right to file a lawsuit against the township that employed the snowplow driver. The New Jersey Supreme Court ruled that the woman could not sue her employer because the injury was, in fact, work-related.

This is a coin flip of a decision that the NJ Supreme Court reached unanimously. If you are injured on your way to work in a car accident, you are not entitled to recover workers’ compensation from your employer. However, once you step on property that is controlled by the employer, you are still covered by workers’ compensation, according to the Supreme Court decision. So, if the woman had fully left the parking lot, she would have been entitled to sue the Township but because she was still on-premises, she is stuck with her workers’ compensation claim. Because the Township “controlled the parking lot” her personal injury claim was denied.

Would this argument have worked against a private employer?

Municipal ownership extends far, much further than the library onto public streets and roadways. In other words, you never leave the municipal property once you leave work if you work for a township. On the one hand, this would mean that an employee couldn’t sue the township if they were injured on their way to or from work. However, it would also mean that the township has to cover expenses related to injuries that occur on your way to work. In other words, it appears like the law is being applied in a way that always benefits the township to reduce costs.

Talk to a Miami Workers’ Comp and Personal Injury Attorney

By Payer Law | Posted on March 3, 2022
We Handle All Types Of Personal Injury Cases