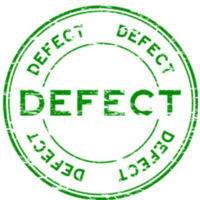 In the wake of the building collapse that has rescuers performing an increasingly desperate search for survivors, personal injury lawsuits are already being filed against the condominium association and two other companies that are believed to have contributed negligence. One company apparently gave the building a gold star in 2018.

Nonetheless, there was plenty of evidence beforehand that the building was suffering problems. At one point, a report said the issues were “accelerating” and pointed out issues with the concrete specifically that are believed to be the source of the collapse.

Investigators now believe that the collapse occurred due to “spalling” or cracking in the cement that allowed water and moisture to rust the rebars. The rebars bowed causing the entire building to pancake.

Right now, there is about $48 million in insurance money that the families of victims and survivors would be expected to split around 160 ways. A judge presiding over the lawsuits as they are being filed indicated that won’t be enough. How can he make such a claim when the details of negligence have yet to be established? Well, when a building collapses, it’s the fault of the owner unless some form of terrorism was involved. In this case, terrorism clearly did not cause the building to collapse. It was faulty maintenance.

Meanwhile, residents said they noted leaks in their garage and cracking cement for years before anyone did anything about it. In fact, it appears that the damage was so extensive that it required repairs on the roof. Additionally, a survey conducted in 2018 noted significant concrete problems. However, the company contracted to inspect the property did not say that the building was in imminent danger of collapse. Instead, they provided the condominium association with an estimate for repairs. The board then approved the estimate, which at the time was $15 million.

Insurance companies are now girding themselves to pay out policy maximums to the families who lost loved ones while personal injury attorneys representing the victims gather evidence of negligence and even gross negligence. As one local politician put it, “buildings just don’t collapse in America.” That seems correct. It would appear that multiple safety lapses and poor construction resulted in the collapse of the building and now there will be questions as to whether or not the other buildings are suffering similar defects. If folks need to be evacuated, that will have to be done first.

A judge has already authorized class status for any plaintiffs who emerge from this tragedy.

If you’ve been injured due to the negligence of another party, call the Miami personal injury attorneys at Payer Law today to schedule a free consultation and learn more about how we can help.

By Payer Law | Posted on July 30, 2021
We Handle All Types Of Personal Injury Cases